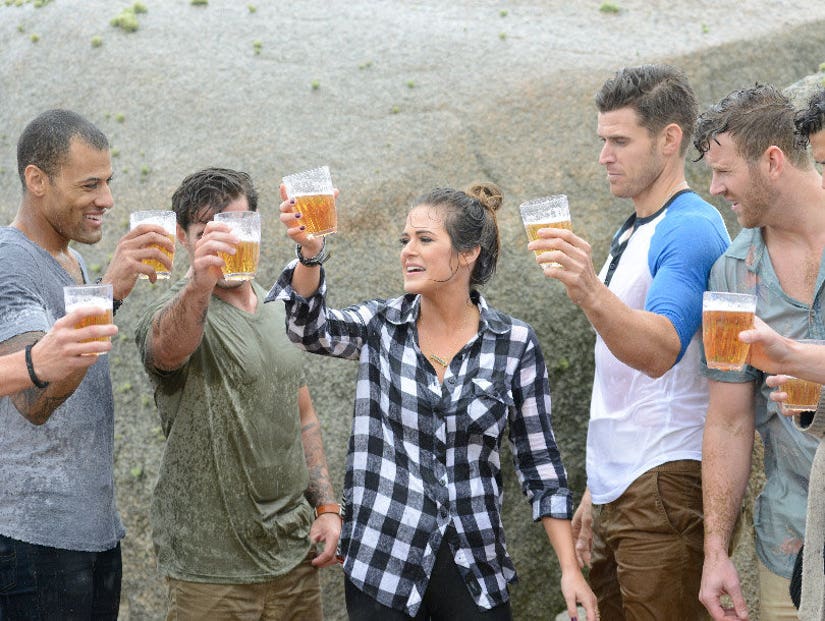 The drama on "The Bachelorette" is heating up!

Monday night's episode picked up right where it left off -- with the show's villain, Chad, getting sent packing during his two-on-one date with Alex. But, he didn't leave like he was supposed to, showing up at the house to confront the other guys.

Daniel asked Chad what happened on the date and he said, "I guess she thinks I'm too intense or something." Um, hello!

Chad then went off, saying the other guys in the house were the ones provoking his outlandish behavior. After he got into another argument with Jordan, things really started heating up when Evan asked Chad for $20 for previously ripping his shirt.

"I thought you owned d--- companies," Chad said to Evan, who is an erectile dysfunction salesman.

After that squabble, Chad finally left for good. You'll get even more of his antics next season on "Bachelor in Paradise" though!

Now that the drama with Chad was over, JoJo could focus on her relationship with Jordan, who has been a frontrunner from the start.

She took him on a one-on-one date, which included a whole lot of making out on a fantastic yacht. But, in true "Bachelorette" form, JoJo threw her date a curveball by asking about his ex-girlfriend.

JoJo revealed that she had met his ex, who didn't have the best things to say about him in the boyfriend department.

His response: He was too preoccupied with his football career to be a good boyfriend at the time ... and, while he would never "physically cheat," he may have flirted with other women.

But, this is when the episode really got exciting!

During Jordan's date, the other guys came across an interview with JoJo's ex-boyfriend, Chad, who claimed she is still in love with him and only went on the show for the publicity. The men were not thrilled.

The producers then decided to hand her a copy of the magazine in the middle of an on-camera interview.

"Ew, are you kidding me? Why are you showing me this? He's just a s---ty human being," she said as she started to cry.

When she talked to the guys directly about the article, she shed even more tears. "I don't ever want a single one of you guys to think I'm faking this," she said.

In the end, she convinced them that she is, in fact, there to find love.

After all the action, JoJo ended up sending home James F., Daniel, Evan, Grant and Vinny.