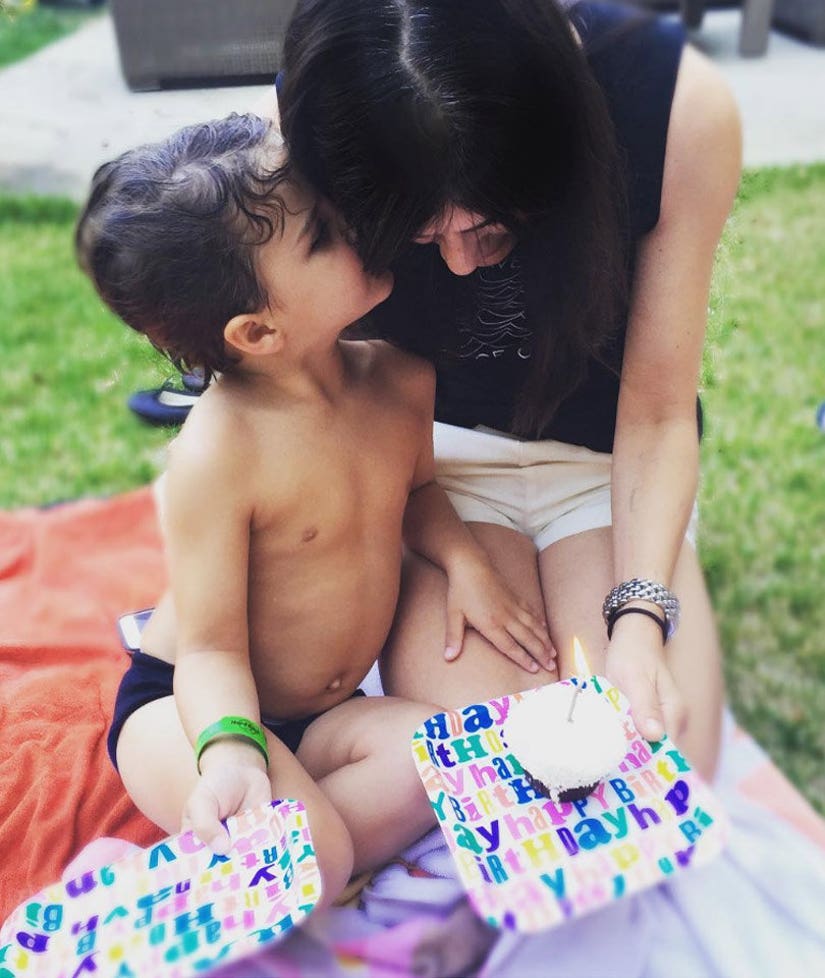 Selma Blair is back on social media, after making headlines this week when she was removed from an airplane on a stretcher.

The actress was taken to the hospital on Monday after an outburst on a flight from Cancun to Los Angeles, an incident she says stemmed from a bad mix of alcohol and medication.

Today, the "Cruel Intentions" alum celebrates her 44th birthday, taking to Instagram to share a photo with her son while referencing some of the fan messages she's received over the past few days.

"'And so what should I wish?' And he whispered it in my ear right then. I ask my angel for it to be true every day. And to do the same for others," she captioned the photo above. "Thank you @wildersatheart for loving us this birthday. Your patience. Your support. We 💛 you. And a sincere thank you to all those who sent me the spirit of loving and forgiveness. It is a new birth year. Thank you."

Blair explained the plane incident more in depth in a statement to Vanity Fair on Tuesday.

"I made a big mistake yesterday. After a lovely trip with my son and his Dad, I mixed alcohol with medication, and that caused me to black out and led me to say and do things that I deeply regret," she said. "My son was with his Dad asleep with his headphones on, so there is that saving grace. I take this very seriously, and I apologize to all of the passengers and crew that I disturbed and am thankful to all of the people who helped me in the aftermath. I am a flawed human being who makes mistakes and am filled with shame over this incident. I am truly very sorry."

On a lighter note, she also responded to "Orange Is the New Black" star Lori Petty on Twitter, after the latter made a joke about her character, Lolly:

I can't thank you enough. I will do better. Always I love you sister https://t.co/XqkwXZWkXW

Thank you so much. Beautiful new life. ❤️ https://t.co/7Sxye0Ez0O