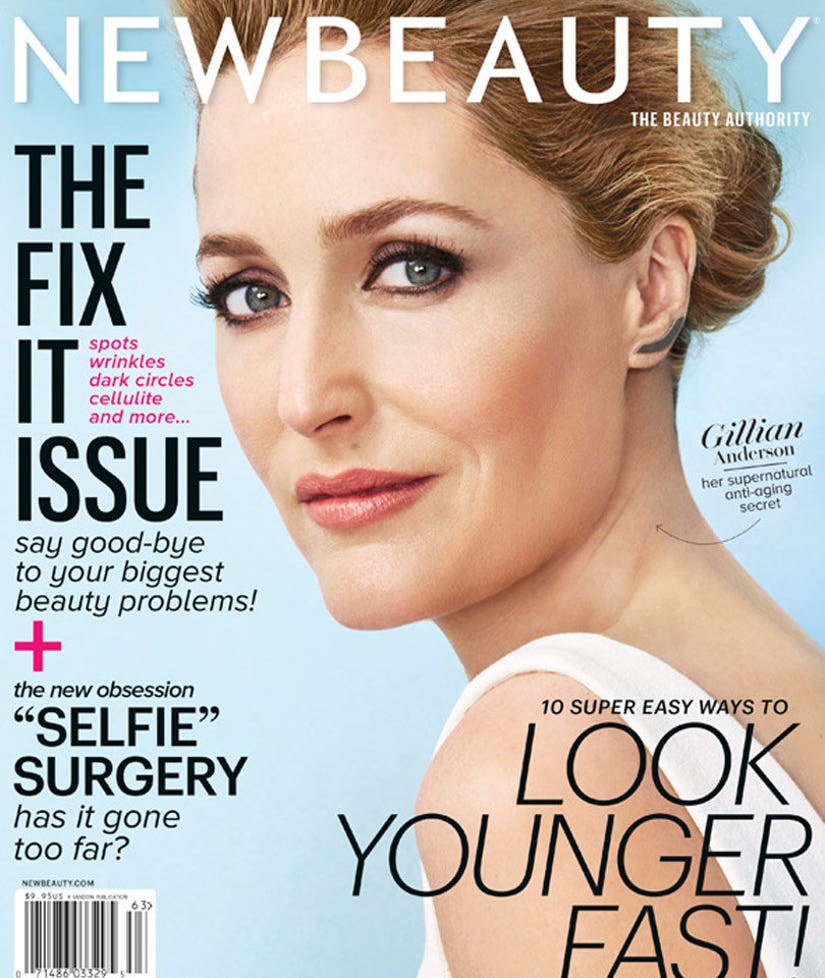 The "X-Files" alum covers the latest issue of NewBeauty, where she opens up about the stigma women face as they get older.

"There will always be the desire, as women see themselves getting older, to stop the process," the 47-year-old tells the mag. "Ultimately, it comes down to embracing that process and embracing one's self at the age that one is, which is hard. I'm sure I'll find myself along the way in some situations saying, 'Do I, should I, would I?'"

Anderson likewise notes that there's far less of a worry about aging in the UK than there is in America.

"I tend to observe women in the UK approaching it less obsessively, than say, those in Los Angeles," she reveals. "There seems to be less of a preoccupation with it and more of an acceptance of the natural face and the natural aging process. I think in Europe, in general, there's a sense that women who age naturally can be beautiful, whereas I'm not so sure that's the perception in America, specifically in LA. I think that it's seen as a flaw somehow, like wrinkles are a flaw." 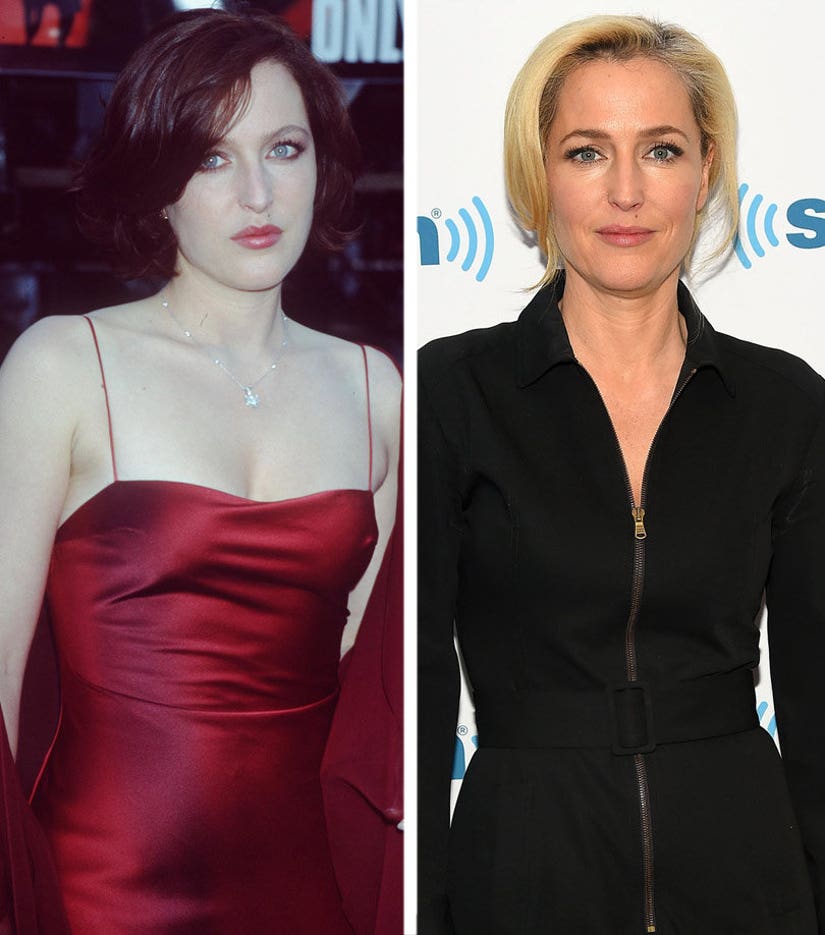 Nevertheless, the actress does try to take very good care of her face -- she incorporates ant-aging products into her everyday beauty routine too.

"Once I started seeing that my skin was suffering [in my 40s], I began to pay more attention to it," she says. "It's not a huge part of my life, but I make an attempt to use some of the stuff that's out there. And you know, I think it works. I think my skin definitely feels better."

Whatever "The Fall" star is doing, it's definitely working! What do you think about Anderson's comments? Sound off below and check out the gallery above to see more ageless beauties!