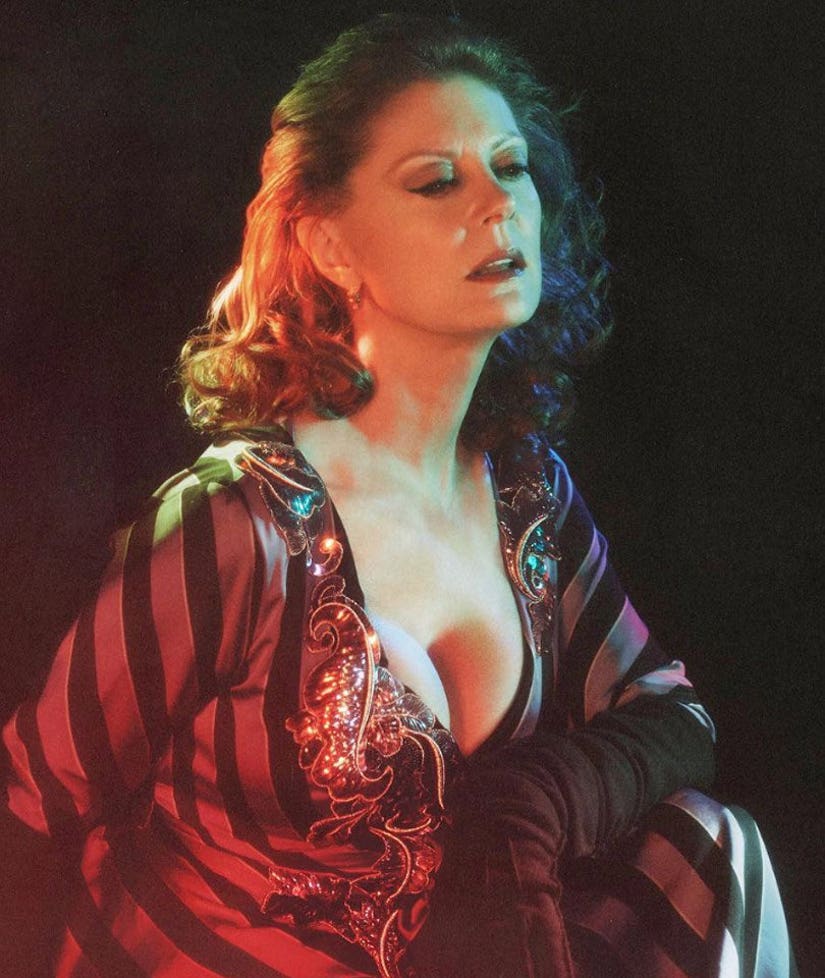 The girls are out again!

Susan Sarandon, 69, shows off her impressive cleavage in a just-released image from the Fall 2016 Marc Jacobs campaign, the Hollywood siren looking absolutely stunning in a striped gown from the fashion house.

The actress is one of many big names who appear in the campaign, which already includes a goth Kendall Jenner, Courtney Love, Marilyn Manson, Cara Delevingne, Missy Elliott and even Sissy Spacek.

"Like so many teenagers, I spent countless Friday and Saturday nights at midnight screenings of 'The Rocky Horror Picture Show' at the 8th Street Playhouse," Jacobs writes about his muse on Instagram.

"TRHPS was a coming of age and right of passage. It became an invitation (or excuse) to dress up and express oneself fearlessly. The cult classic made it cool for boys to wear sequins, satin and fishnets," he continues. "I fell in love with Susan Sarandon's onscreen portrayal of Janet during her 'loss of innocence' scene by way of a crossdressing alien and her giddy, ecstatic rendition of, 'touch-a, touch-a, touch me…' There was a subtle rebellious quality that I found in Susan with how she chose to play Janet and perhaps (as I now look back on it) her decision as a young actor to take a role in a film that challenged the notion of gender roles."

Marc goes on to praise her work in "The Hunger," calling her portrayal of Dr. Sarah Roberts -- Catherine Deneuve's young love interest -- "yet another progressive challenging of normal."

"Her intelligence, courage, strength, conviction and ballsiness has always been so admirable to me," the designer writes in conclusion. "There's an inherent seductive quality in Susan as a woman who always speaks her mind and an artist who takes risks. Her talent as an actress is one of extraordinary range, talent and power."

Talk about a lotta love!