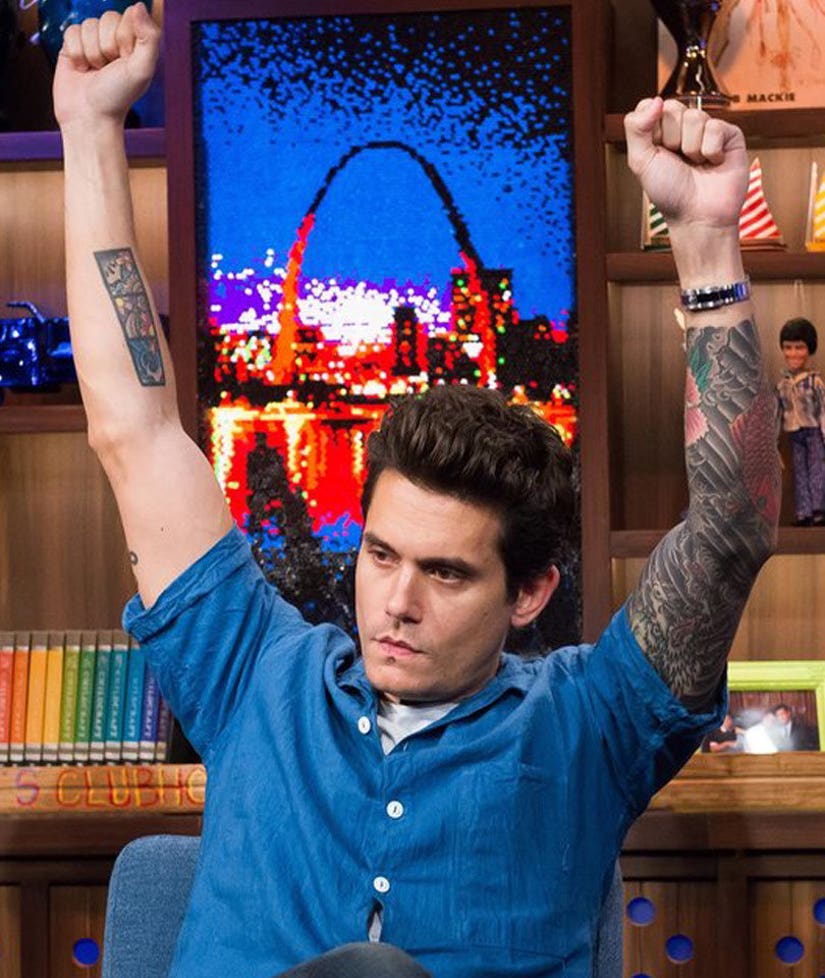 John Mayer is ready to find his match!

The singer, who's dated Jennifer Aniston, Jessica Simpson, Taylor Swift and Katy Perry, admitted that he's looking to settle down.

"I'm ready to roll. I'm more mature than I've ever been," he told Andy Cohen on Tuesday night on "Watch What Happens Live." "The stage is set, but I'm excited for a meet cute at some point. I'm single and I'm excited about the future."

The hunky musician was last linked to Perry, and the couple dated on-and-off from 2012 to 2015.

Now that Mayer isn't attached, he's been spending more time with his friends. He even revealed that he's hung out in some gay clubs with Cohen.

"I can dig it. I can get into it," he said. "Andy—you guys must know—Andy is the hottest thing going. When you walk in a gay club with Andy Cohen, he is the Beyonce of that club. He is unbelievable. I've seen celebrity and I've seen pull and I've seen clout, but you have not seen anything like Andy Cohen walking in."

"Let me flip that around and say I've been to a couple straight bars with that one," Cohen said, referring to his guest. "And I will reverse that equation."

"I do all right," Mayer replied with a smile.

Which famous lady do you think would be a good match for John? Sound off below!