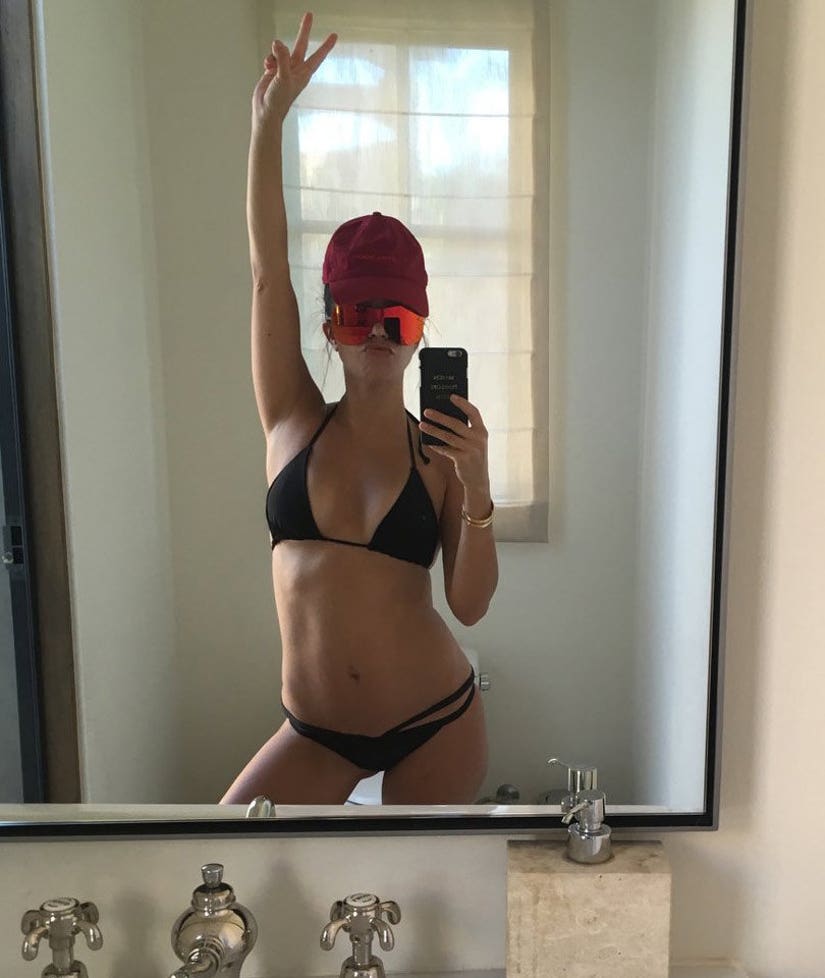 The mother-of-three put her killer curves on full display in a new bikini pic on Twitter, where she left little to the imagination in a tiny black two-piece. She paired her sexy swimwear with a red baseball hat and matching oversized shades, writing, "Sun vibes" as she posed in the mirror.

After catching some rays, the "Keeping Up With the Kardashians" star hit up Los Angeles hotspot, The Nice Guy, for GQ's 10th Annual "Love Sex and Madness" celebration on Tuesday night.

The 37-year-old beauty looked white hot in a high-waisted white skirt, which featured pearl and safety pin detailing. She kept it simple by pairing the funky mini with a figure-hugging long-sleeved top, lucite heels and a high ponytail. 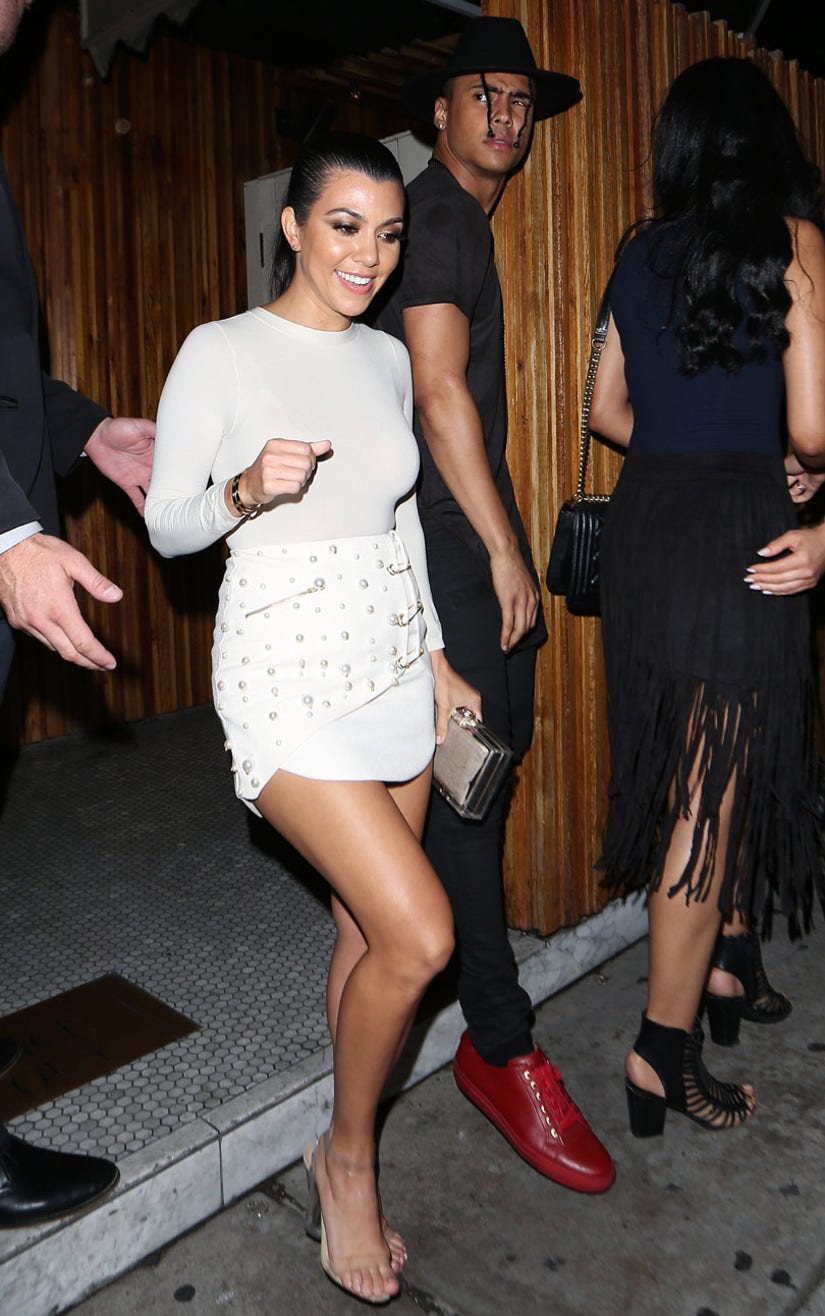 Inside the soiree, Kourt snapped photos with younger sister Kim Kardashian and pal Chrissy Teigen, but she was seen leaving the party alongside Diddy's son, Quincy Combs, 25.

This isn't the first time they've been seen together. They were photographed back in December as well, though sources told TMZ that they're "just family friends and have been for years." Think this was just another "platonic" outing?

While it's unclear if this could be a new romance, the reality star still seems to hold a special place in her heart for ex Scott Disick.

The former couple had a rocky relationship before splitting last Summer, but is there a chance that they could get back together?!

"I don't know," Kardashian said on "TODAY" back in April. "We're not getting back together right now, but I don't know what the future holds in life, in God's plan. But we're just doing our best to be the best parents. Like, he came with us to Vail and it was great. But, like, we're friends at this point."

Do you think these two will get back together ... or is Mr. Combs her new love interest? Sound off with your predictions below!