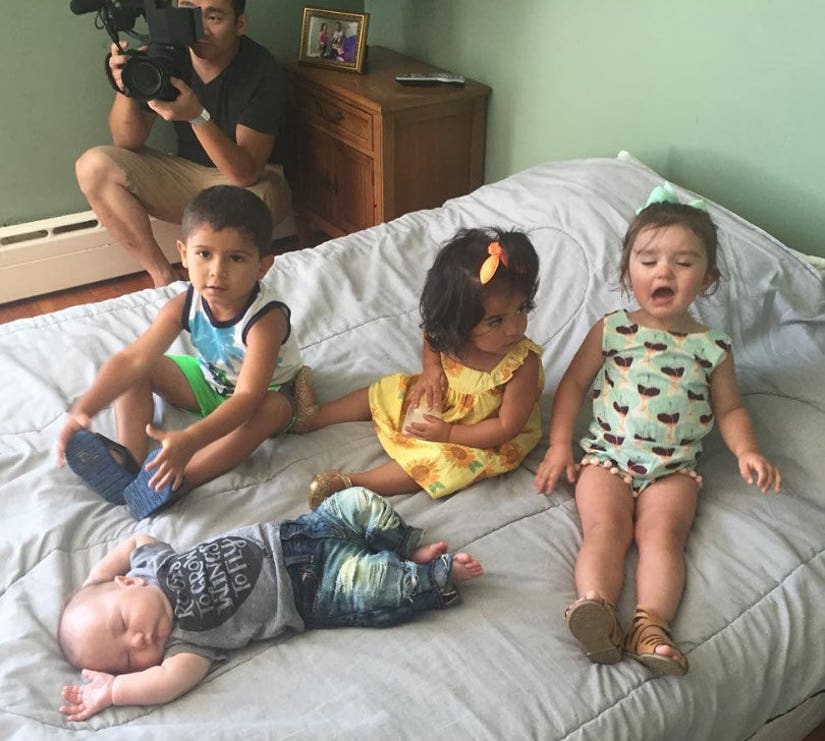 Nicole "Snooki" Polizzi and Jenni "JWoww" Farley made a triumphant return to their former drinking grounds on Tuesday, visiting the famed "Jersey Shore" house with their four children in tow.

Proving just how much things have changed in the years since the MTV reality show went off the air, it was the duo's kids -- Lorenzo, Giovanna, Meilani and newborn Greyson Valor -- who were photographed relaxing in the "smoosh room" this time around.

Jenni's hubby Roger Mathews shared the above photo on Instagram, along with one hilarious caption.

"For reasons unknown my wife and Nicole took our kids to the Jersey Shore house today and let them pose for a photo op in the 'Smoosh Room' or as I like to call it the DNA Daycare," he wrote. "This room glows like plutonium under a black light yet they let our kids in there @jlavalle5 . I'm in a full Haz Mat suit now waiting in the driveway to power wash my kids off and scrub them down with bleach when they get home."

"Child protective services will be waiting for you as well @jwoww," he added. "Our daughters face says it all."

In the pic, Meilani looks like she's about to start crying, while her brother is knocked out cold.

We can't wait to see what they were all filming inside the house!

Check out more cute celeb kids in the gallery above.