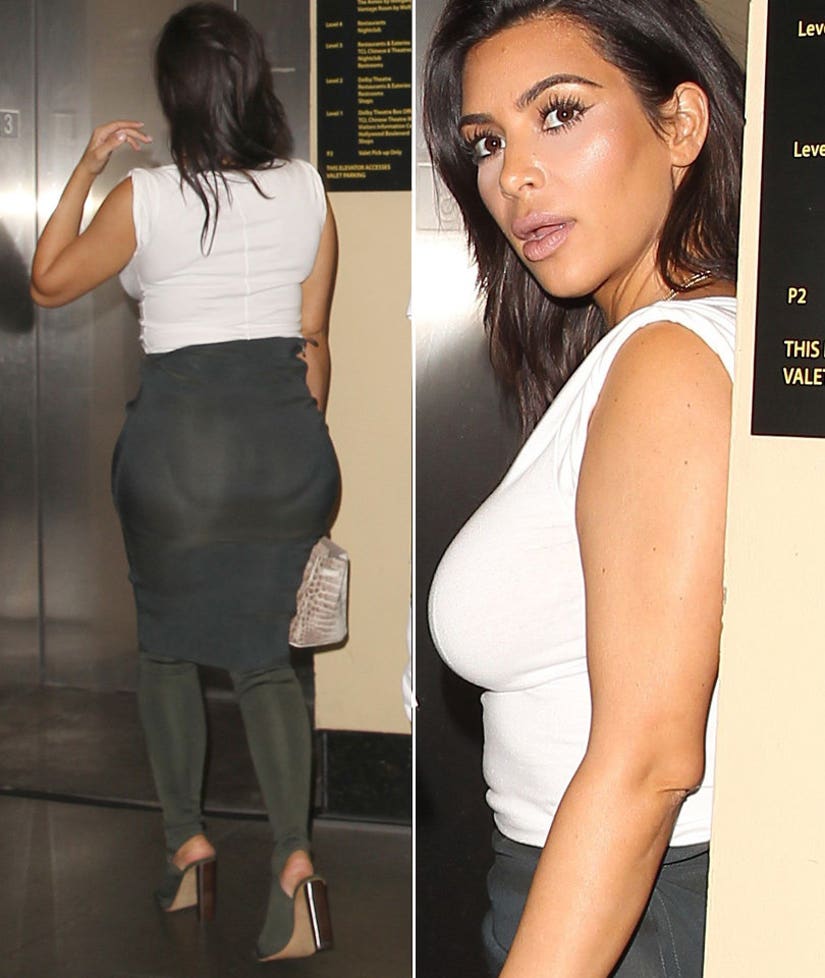 Kim Kardashian's famous derriere is the butt of another controversy -- and this time, she's speaking out.

Earlier this week, the reality TV star was accused of wearing butt pads while out celebrating Khloe Kardashian's birthday bash at Dave and Buster's in Hollywood. The photo in question showed a suspicious outline around her gluteus maximus, leaving many to assume she had a little extra cushion on her behind.

On Friday, the mother-of-two took to her official app to shut down the gossip.

"Another day, another crazy rumor! Apparently, I was caught wearing butt pads," she writes, before explaining what "really happened."

"A couple years ago, I wore a skirt in Miami that was totally sheer. I had no idea it was SO see-through on my butt," she says, sharing a pic of herself from 2012 (below). 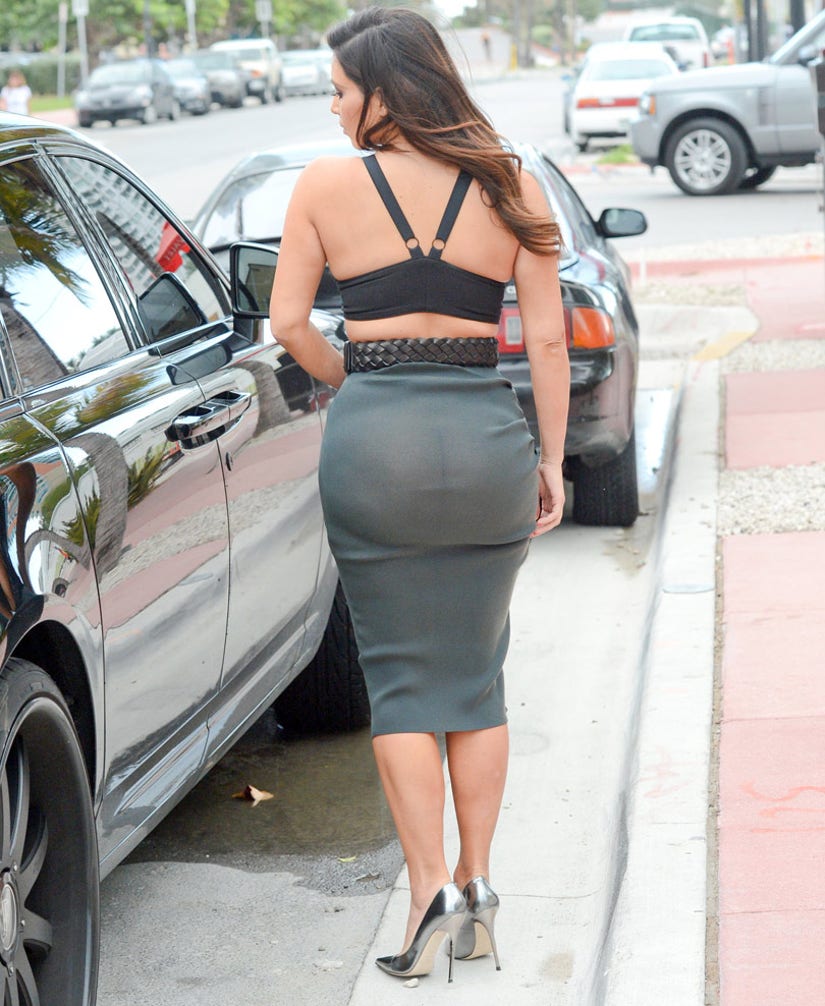 "I definitely never want that to happen again, so now I always wear shapewear," she explains. "Sometimes, they have a sheer cutout like these capris from Body Wrap, so that's actually what you're seeing in the picture at the top."

"I don't wear butt pads," she adds in conclusion. "At this point, I think everyone has seen my butt naked and knows I don't need them, LOL!"

She's got a point, that booty is definitely big enough on its own.

What do you make of her explanation? Sound off below!