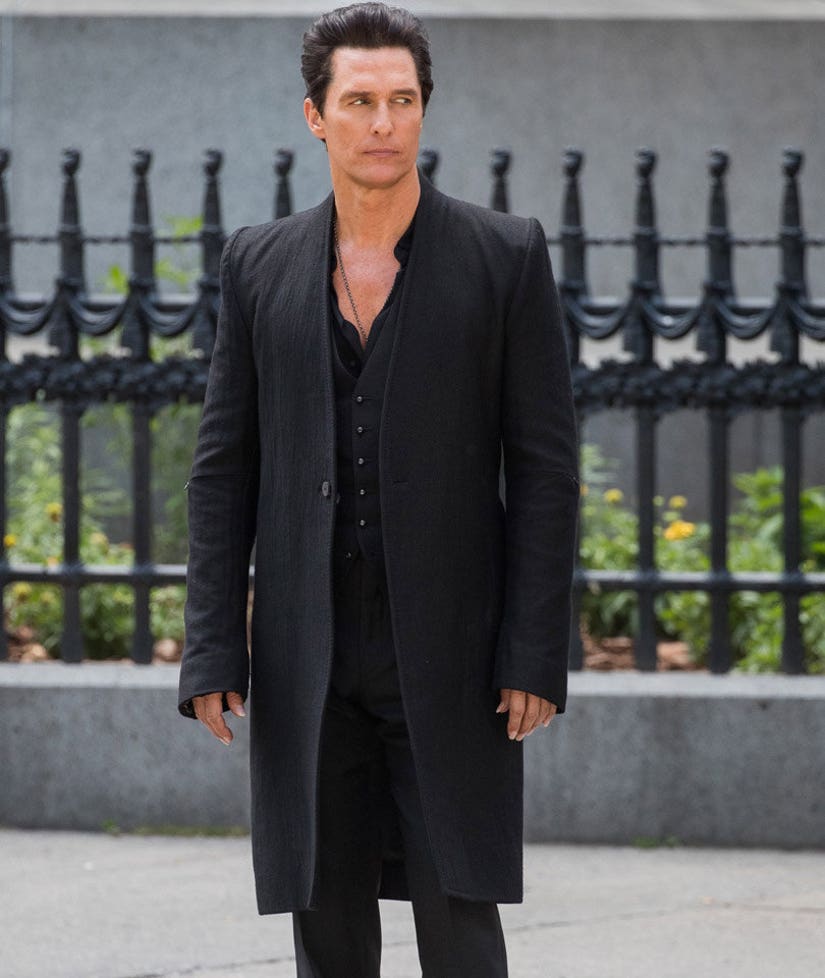 Here comes The Man In Black!

Matthew McConaughey was spotted on the set of "The Dark Tower" in New York City on Thursday afternoon, where he showed off his newly-dyed dark 'do and equally-gloomy costume for the first time.

The 46-year-old actor plays the villainous Walter Padick in the flick, which is based on the Stephen King book series of the same name. McConaughey stars opposite Idris Elba, who will tackle the gunslinger role of Roland Deschain.

"Matthew is an incredible actor who can do anything. That's how I feel about Walter Padick. He could do anything," the film's director/co-writer Nikolaj told EW of his casting. "He is this timeless sorcerer, and being a Stephen King fan, I've read and experienced Walter in various iterations. He has a very interesting way of seeing the world. He sees it with a sort of delight, even though he is obviously on the wrong side of the light-and-dark spectrum. He's someone I've been having a lot of fun with."

We'll see Matthew in action when the film hits theaters on February 17, 2017.

What do you think of his darker 'do? Sound off below!