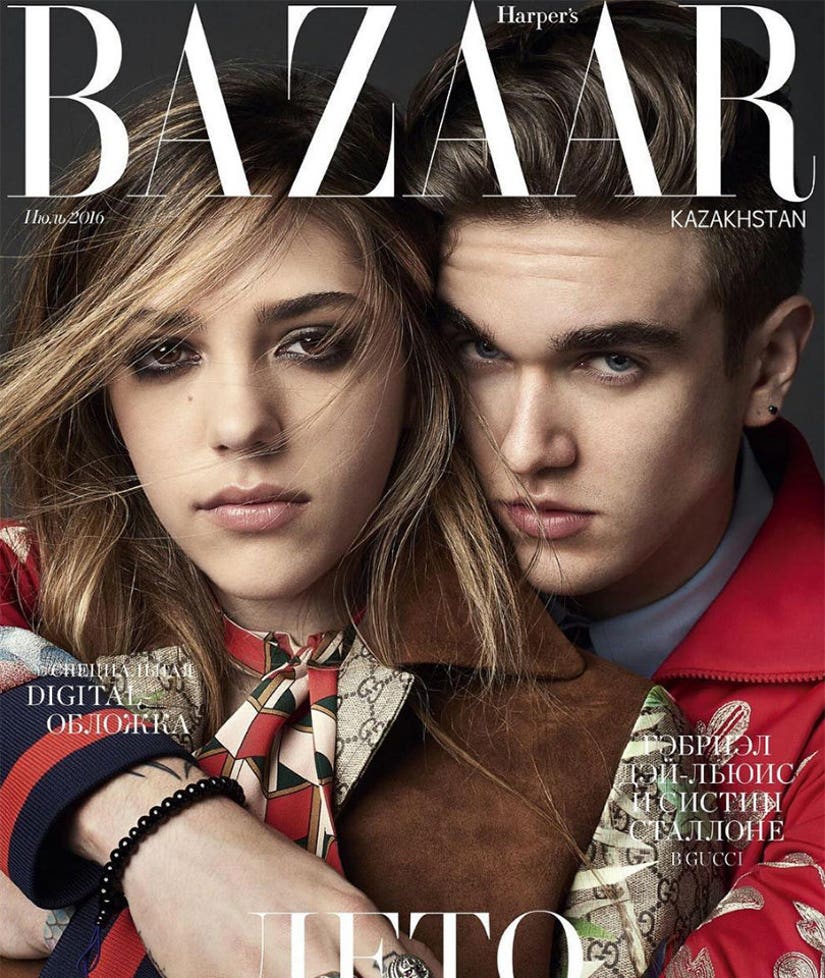 What a pair of stunning celeb offspring, right?

Both show off their piercing eyes and prominent brows in the sultry shot, Gabriel's arms wrapped around Sistine's as they model the latest from Gucci.

According to Sistine, the magazine is available now ... if you're able to track down a copy of the Kazakhstani publication.

Stallone opened up about her modeling aspirations earlier this year, in an interview with Vogue.

"I don't enjoy acting as much as I love modeling," she said at the time. "It never ceases to amaze me how designers can be so continually creative. I've always been intrigued by cultural and artistic integrity [in fashion]."

"You never know what to expect," she continued. "I just hope to achieve my maximum potential, whatever that may be."

Though she has yet to hit the runway, she has gotten some coaching from her gorgeous former model mama, Jennifer Flavin.

"She has taught me to show up on time and be willing to do what it takes to deliver the photographers vision," says Sistine. "Arrive a little bit early, stay a little bit later, and work as hard as you can in between."

Think she's got what it takes to make it? Sound off below!