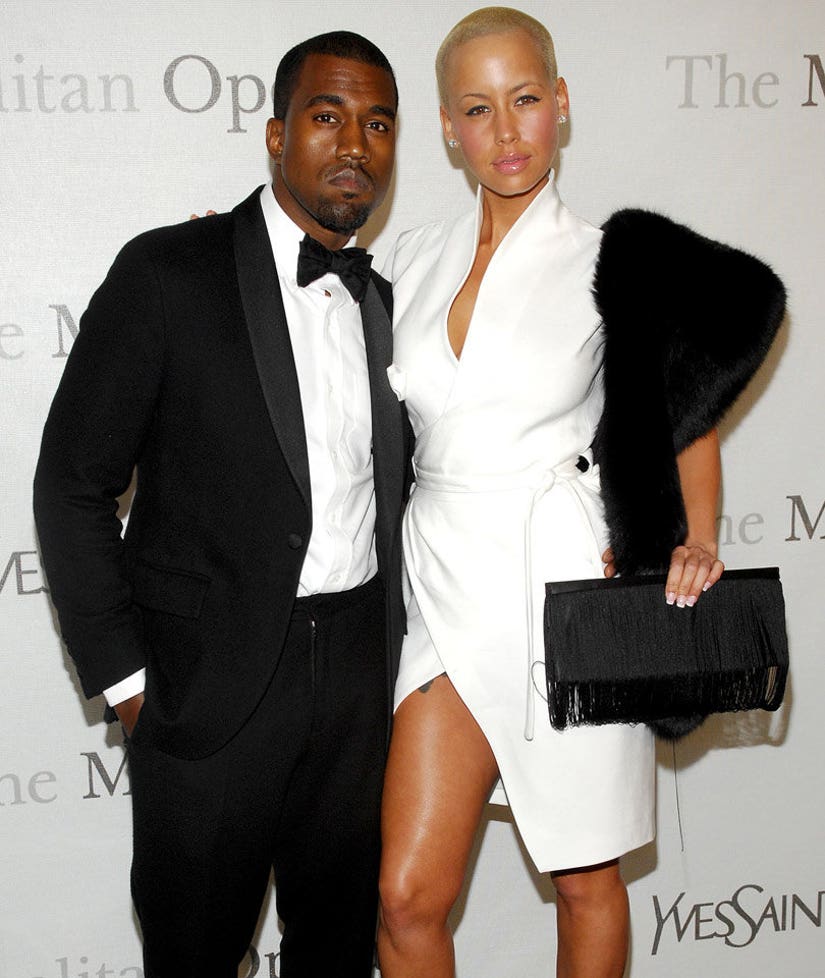 The model got candid about her fame and ex-boyfriend Kanye West during a new interview with the Daily Beast, where she revealed she was never hungry for the spotlight.

"The misconception — and I still hear this seven years later, to this day — is, 'You're only famous for Kanye.' Initially, absolutely. In 2009, when they're like, 'Amber Rose — Kanye's girlfriend,' I was like, 'OK, that's pretty accurate. That's what it is,'" she told the site, referring to West's latest single, "Famous."

"But I didn't ask to be famous, and I didn't even talk or do interviews for two years, because I thought, I don't want this. I'm not famous," the 32-year-old revealed. "Over time, with going out in public, I realized it would never go away, so I didn't have any choice but to progress."

"Everything I've done since then is my own doing, and I've worked my f--king ass off for everything I have," she continued. "But Wendy Williams put Charlamagne on. Jay Z put Kanye on. But they don't do that to men, and they always want to diminish my accomplishments and put them on someone else when I work really hard."

Since dating West, Rose has definitely made headlines on her own accord with her annual SlutWalks. Not to mention she's appeared on a number of TV shows -- from "Inside Amy Schumer" to "Black-ish" - and will be getting her own talk show on VH1 later this year.

But when it comes to Rose's past relationship with the "Gold Digger" there are certain things she isn't delving into. When asked about whether he cheated on her with him or whether he was ever abusive, Amber shut it down.

What do you think about the outspoken star's candid comments? Sound off below and check out the gallery above to more surprising celebrity splits!