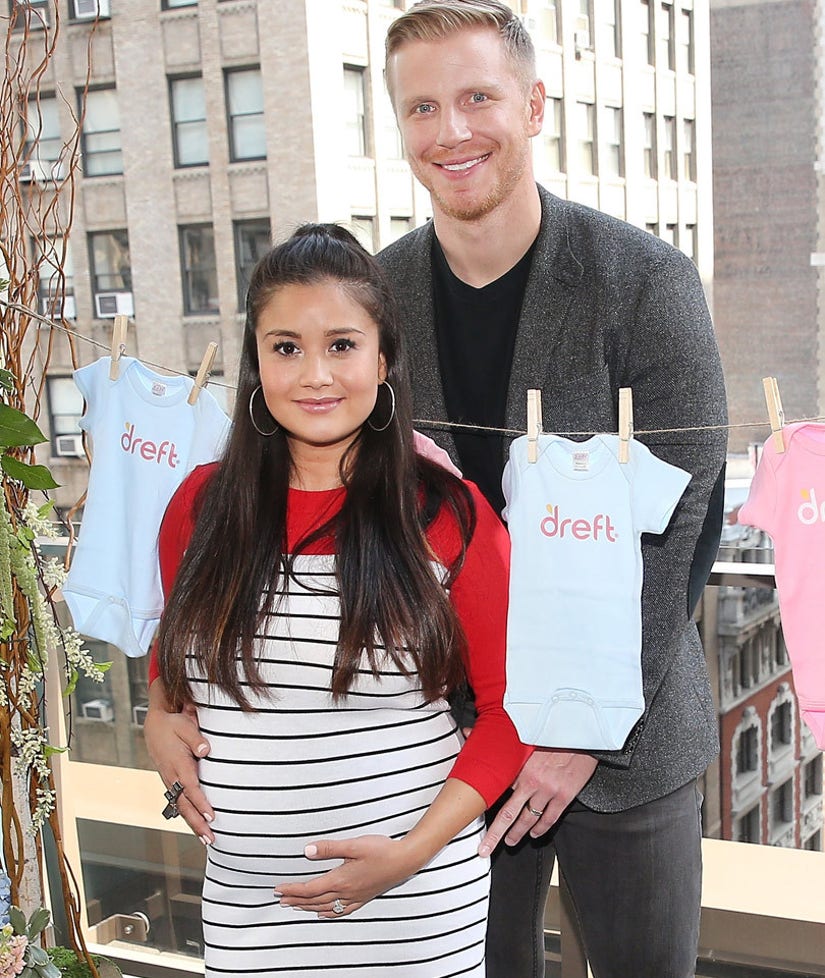 "The Bachelor" couple Sean Lowe and Catherine Giudici welcomed their first child together, the two breaking the news and revealing the baby's name on Twitter last night.

Lowe first teased the baby's impending arrival on Friday, tweeting, "He's coming. Or maybe she. But someone is coming. And mama has never looked more beautiful."

That was followed up by this message on Saturday evening, "God is good! We had a healthy baby boy named Samuel Thomas. Thank you everyone for your prayers and support!"

Giudici tweeted about her baby joy as well, writing, "I'm in love with another boy, my son Samuel Thomas Lowe."

This is the first child for the duo, who met on the ABC dating series back in 2012. They followed up their televised courtship with a televised wedding, which was held in January 2014. The baby news came last December.