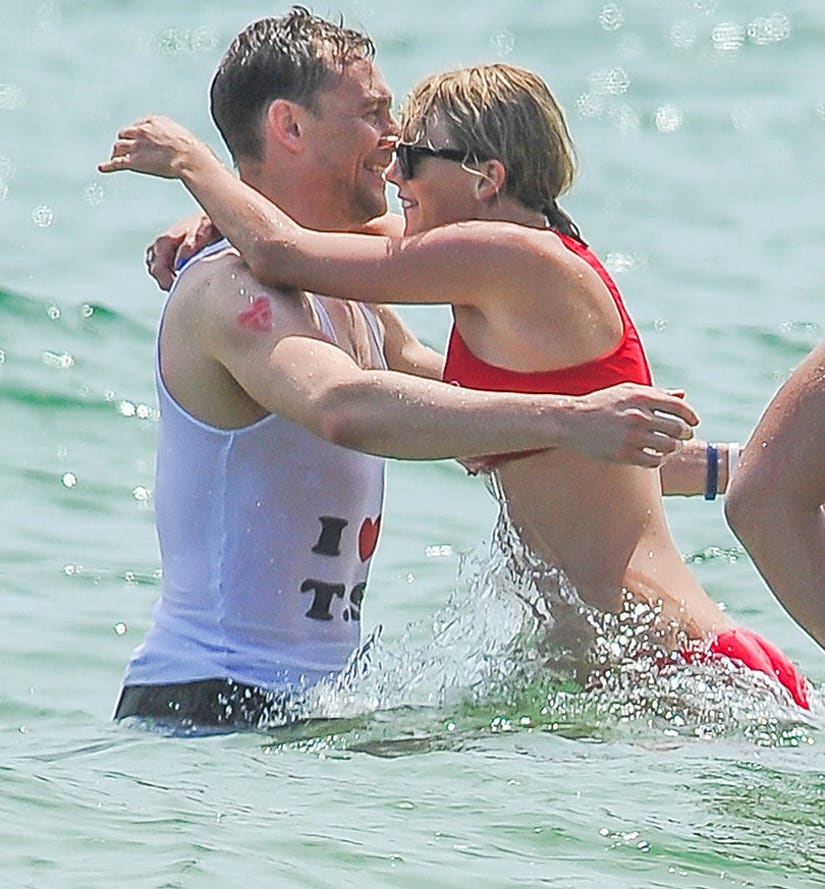 Tom Hiddleston wore his heart on his shirt this weekend, when he was spotted wearing an "I Heart TS" tank top on the beach in Rhode Island.

The "Thor" star and girlfriend Taylor Swift were all over the beach on Sunday, parading their love alongside friends like Blake Lively, Ryan Reynolds, Ruby Rose, Cara Delevingne and many more.

The duo shared some major PDA as they frolicked in the surf, the 35-year-old actor sporting a temporary heart tattoo on his arm as well, with a "T" in the center.

Hiddleswift has definitely been plowing headfirst into this relationship, having already meet each other's parents and besties in just a matter of weeks.

After the beach pics went viral, "Saturday Night Live" star Aidy Bryant took to Twitter to mock the actor for his wardrobe choice.

If my boyfriend went swimming in a tank top that said, "I ❤️AB," the talk later at home would be all, "I need u 2 cultivate ur own life."

The funny message has since racked up over 2.7k likes and 741 shares.

Considering Tom's very impressive physique, we're wondering why he's even wearing a shirt in the ocean at all -- let alone one that he was sure to catch some flack over.

What do you think about these two? Are they growing on you the more you see of them ... or is all the attention having the opposite effect? Sound off below!