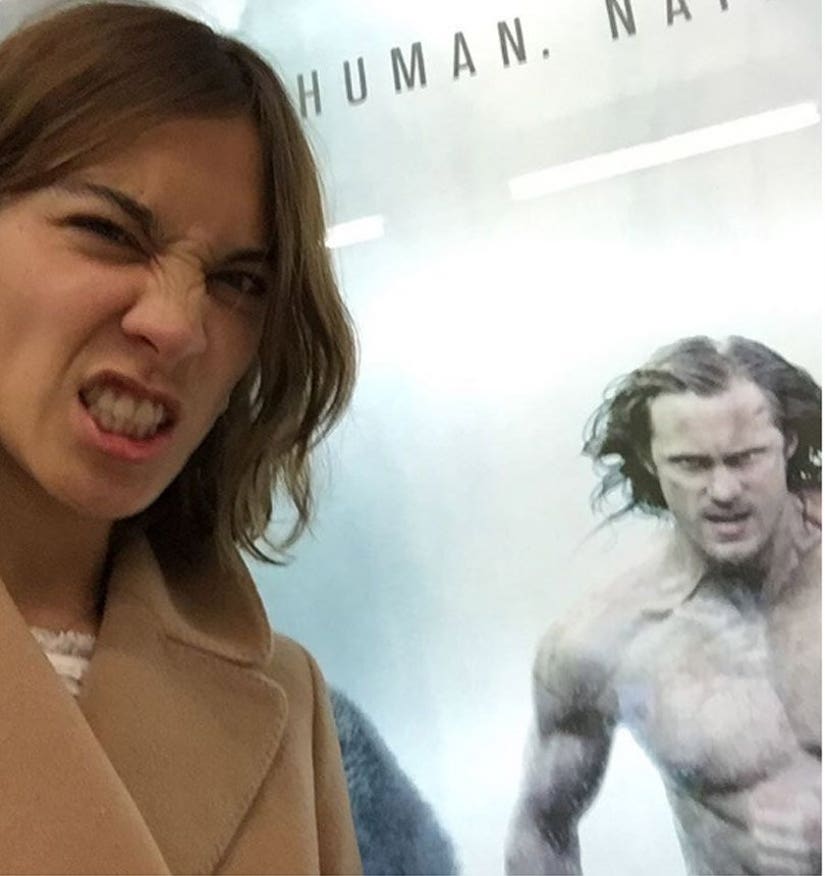 Alexa Chung isn't afraid to poke fun at her beau!

The model took to Instagram to share a hilarious photo of herself standing next to Alexander Skarsgard's shirtless "Legends of Tarzan" poster. In the pic, Chung is scrunching up her nose to look as tough as her super-ripped boyfriend.

"Human. Nature. #tarzan I spent 6 months eating high protein meals 5 times a day and suffering through hefty regular workouts to prepare for this Instagram," she wrote. "Unclear what the other guy did."

Jokes aside, the actor clearly worked hard to bulk up for the role, packing on over 25 pounds of muscle before filming began.

The 39-year-old hunk tripled his food intake and lifted heavy weights to get that chiseled physique, enlisting the help of trainer-nutritionist Magnus Lygdbäck.

His costar, Margot Robbie, revealed that he used to ask her to describe her meals from the weekend when they would come into work on Monday.

"I remember the day that he was allowed an apple, and he kissed the apple," Robbie told EW. "It hit me how deprived you are if you're that excited to see a piece of fruit."