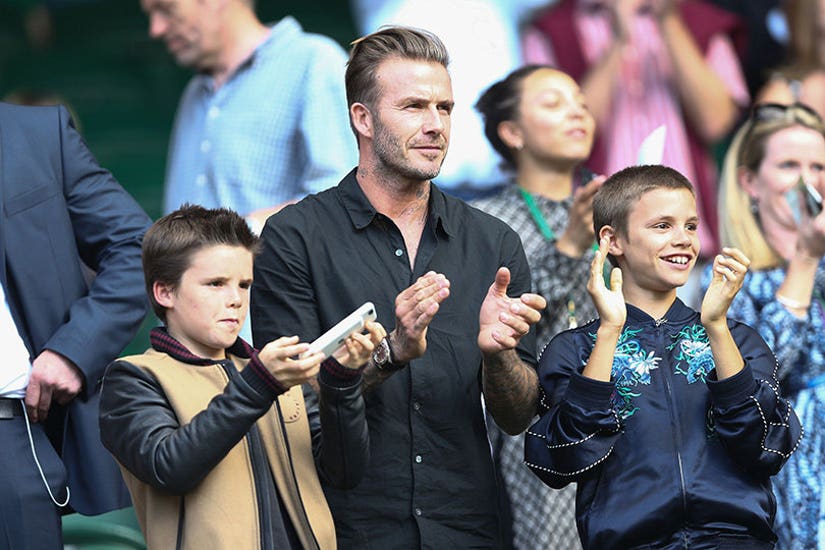 David Beckham brought sons Cruz, 11, and Romeo, 13, to watch the quarter-finals at Wimbledon on Wednesday in London, England. The trio looked like they were having a ton of fun together as they cheered on their favorite tennis pros during the championships.

The 41-year-old soccer stud even shared a sweet snapshot from their family outing via Instagram. In the cute candid, Bekcham poses with the boys, just a few rows back from the main event. 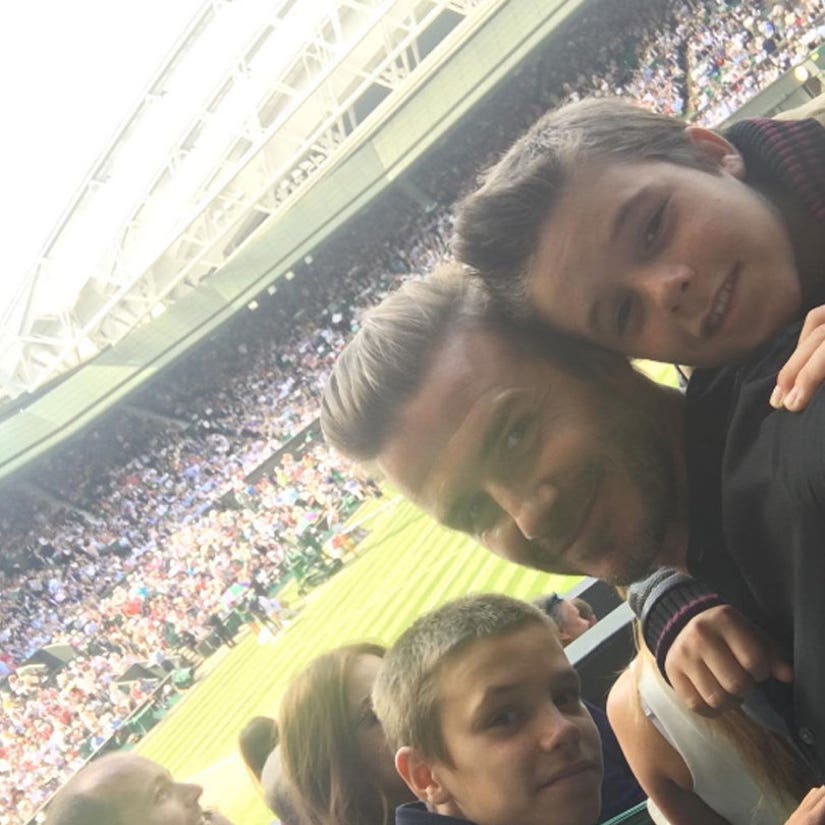 Becks was also spotted chatting with Vogue editor-in-chief Anna Wintour at the event.

Noticeably missing was Becks' eldest son Brooklyn, 17 ... probably because the adorable teenager has been spending a lot of his time these days with his girlfriend Chloe Grace Moretz. The cute couple were spotted boxing together on Tuesday.

At least Beckham's still got a few more years with his younger boys before they start dating too!

What do you think about David's family outing? Sound off below and check out the gallery above to see more stunning celebrity offspring!