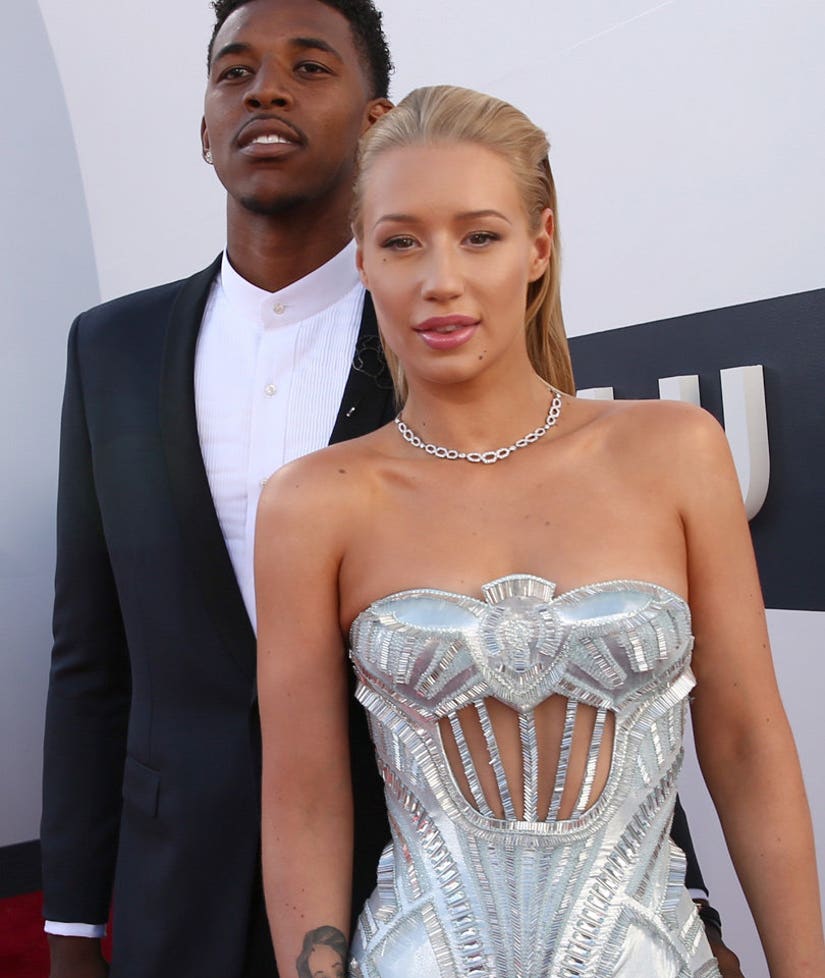 Warnings from Iggy Azalea's lawyers be damned, the pregnant "other woman" who came between the singer and Nick Young is already speaking out.

Keonna Green and Young dated before his relationship with Iggy and share a son, 4-year-old Nick Jr., together. In a new interview with Us Magazine, she reveals the duo reconnected in 2015 -- after Nick got engaged to the Aussie rapper -- and she got pregnant shortly after.

"It was last year, around September [when we reconnected]. We would take our son to Magic Mountain together. But sometimes Nick would say, 'Oh, there's too much traffic,' and he'd just play with Nicholas in his room. We got caught up in the moment and it just happened," she explains. "I would be like, 'Nick, you cannot be sloppy. You need to be honest [with Azalea].' He would say, 'I don't want to hear it.'"

"I don't know what was going on in his household, but me and Nick have lots of history," she continues. "It wasn't a secret on my end. I didn't feel guilty because I was in love with a man, and I'm pretty sure I'm not the only woman."

Keonna adds that she tried to contact Iggy and tell her what was going on, but says she "never got a response." She also says she's 22 weeks pregnant and the child is "200 percent Nick's."

"He was in shock [when he found out]. With him being in a public relationship, he didn't know how to handle it," Green says. "We didn't get into [how he would tell Azalea]. I felt it was his decision how to handle it."

When asked flat out if she feels guilty over Nick's split from Iggy, she says no.

"I didn't feel guilty … I'm not the reason they separated," she explains. "She found out what everyone else found out, according to what I've been told."

Green adds that she wishes Iggy "a lifetime of success" and says she hops that Azalea can "get through this difficult time."

Azalea went off on Twitter last week on Nick's infidelity, revealing he never told her about the pregnancy.

"I broke up with Nick because I found out he had brought other women into our home while I was away and caught them on the security footage," she wrote last Thursday.

"I have never even been told by nick that his baby mother is pregnant so if this is true I'm finding out via E news," Azalea added at the time.

In a follow-up tweet, the star wrote: "This is just like a second shot to the chest. And I feel like I don't even know who the hell it is I've been loving all this time."