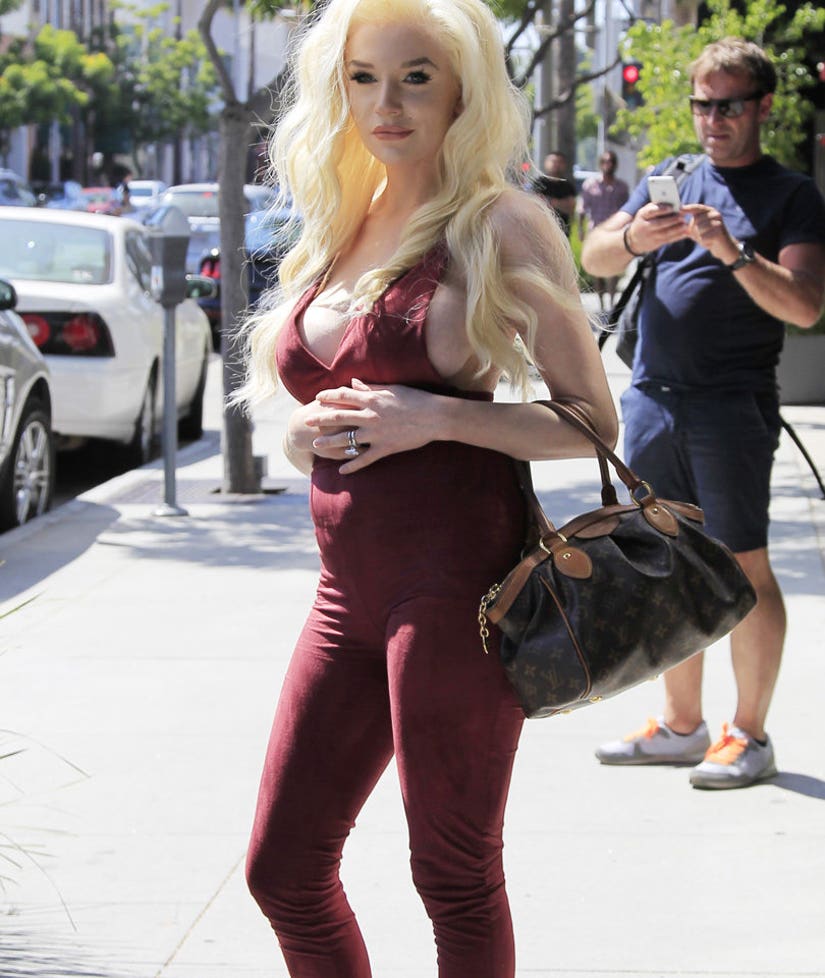 The expecting reality TV star showed off her growing belly -- and some major cleavage -- while shopping for maternity wear on Thursday in Los Angeles. Sporting a skin-tight, red jumpsuit, the 21-year-old mama-to-be put her pregnancy physique on display outside A Pea in the Pod in Beverly Hills.

toofab's cameras caught the blonde bombshell while exiting the store with some friends, where she opened up about her pregnancy pains, communicating with the ghost of Chyna (seriously) and revealed whether she'd let her own kid date an older man. 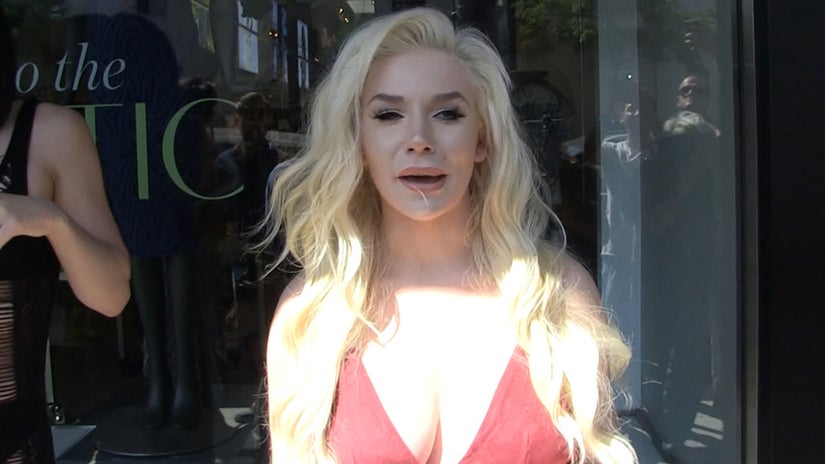 Let's dive into that Chyna thing.

Last month, Stodden took to Twitter and tweeted out, "I just spoke to @ChynaJoanLaurer under the stars... told her how beautiful she was & the brightest shooting star shot across the sky!"

"I take this so seriously. I never believed in spirits, any of that," she tells toofab. "And then Chyna, she actually followed me before she died on Twitter, she reached out to me and I didn't get back to her and I felt really bad about that. Literally, one night I went outside and I prayed to Chyna and I was like 'I'm sorry I didn't get back to you.' I swear to you, four shooting stars went across the sky where I was looking."

She says it happened again the next night ... and the deceased wrestler isn't the only one she's spoken with. Check out the video to see who else has contacted her in the spirit world!

As she got into her car, Stodden was asked if she'd be O.K. with her daughter -- if she has a girl -- dating an older man.

Stodden famously married then-50-year-old Doug Hutchison when she was just 16.