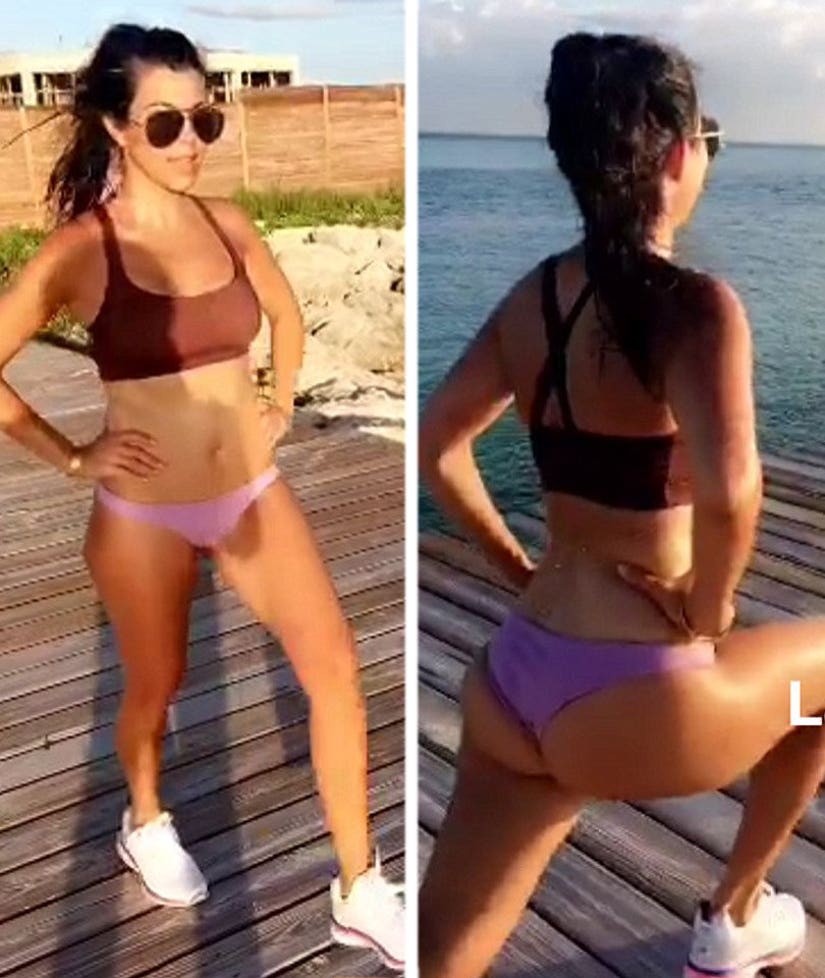 Kourtney Kardashian is proud of her hot bod -- and we can see why!

The mother-of-three stripped down to nothing but a maroon sports bra and thong bikini bottoms for her workout with pal Larsa Pippen. The pair is spending some fun in the sun on a tropical girls' getaway for Pippen's birthday.

"Larsa's my trainer today," the "Keeping Up With the Kardashians" star wrote on Snapchat (video below).

In the clips, Kourt was seen doing lunges on a wooden walkway along the sandy beach. Talk about a beautiful backdrop for a workout! 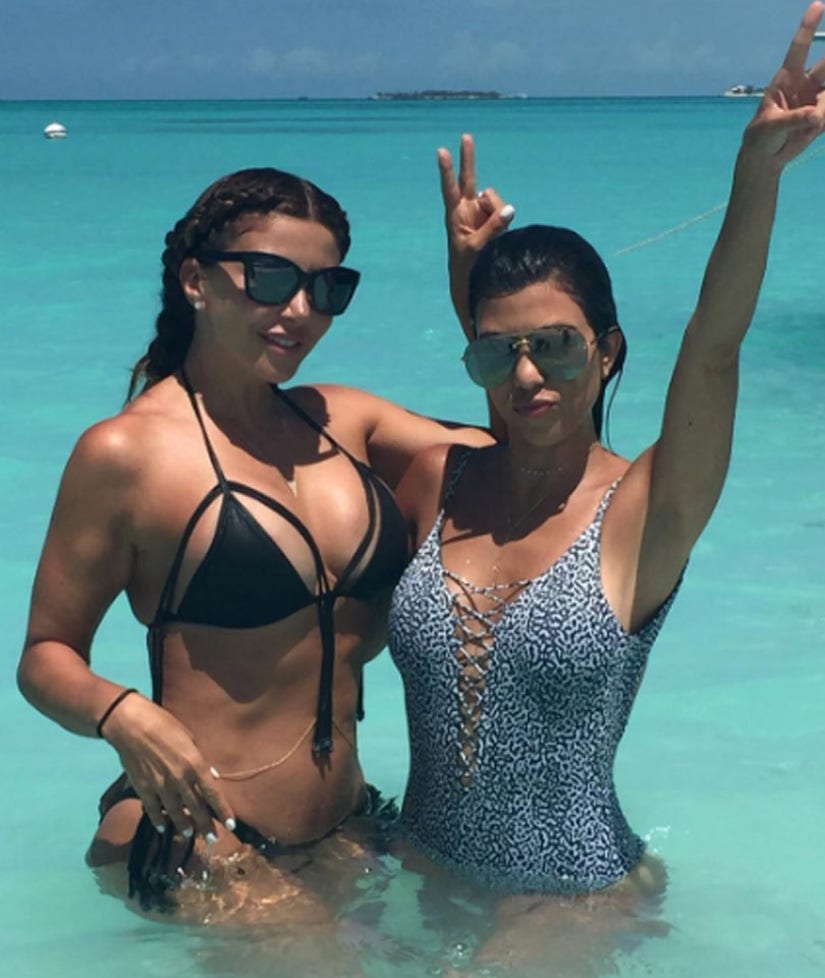 The reality star's commitment to fitness is obvious -- her body has never looked better.

When she's not doing squats at the beach, Kourtney follows Don Brooks' Don-A-Matrix method, working out three to five times each week for 45-minute to one hour sessions.

"The Don-A-Matrix Method is set up to resemble a sports game format consisting of four quarters. Each quarter has 3 sets of two different exercises, combined with rest or relief periods after each quarter," Don recently told E! News.

"The plank is a favorite, but we take it to another level opening and closing the legs like scissors while at the same time raising and dropping the hips! So not only are you strengthening the core but also timing the hips, thighs and waist," Brooks added of Kourt's favorite exercise. "[We also do] the trunk twist along with a back row using the bands. The benefit of this exercise will give you flat abs and coke bottle obliques while removing those fat handles from the back and arms."