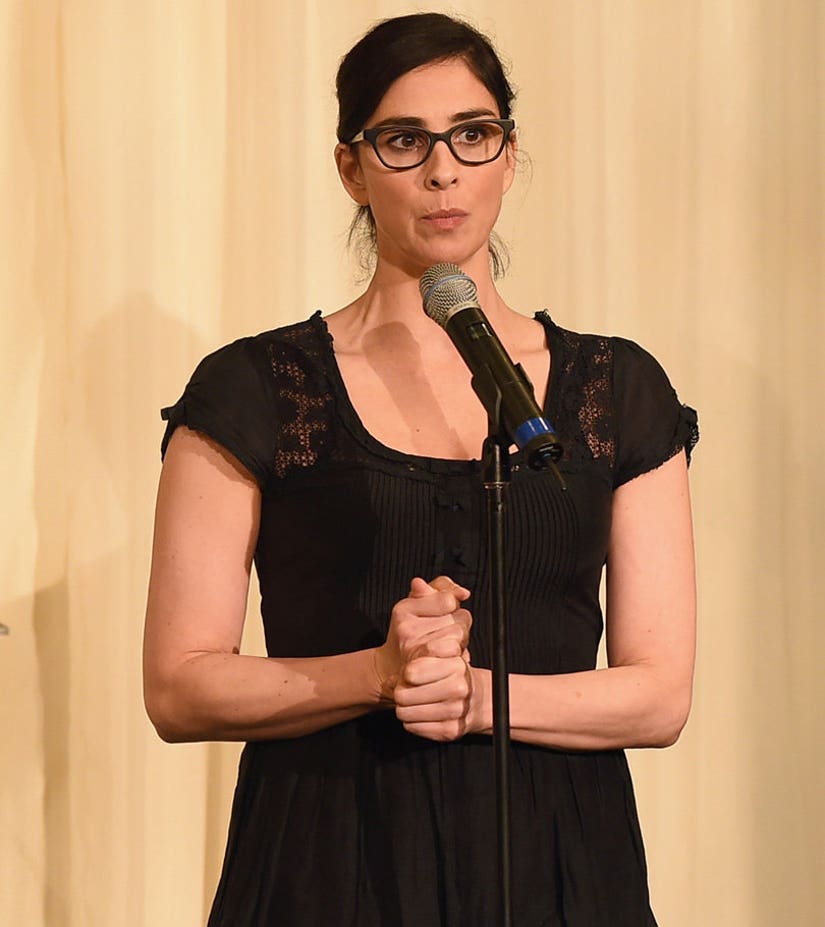 Sarah Silverman is counting her blessings.

The comedienne took to Facebook on Wednesday to open up about her "freak" health condition that left her in the ICU after surgery.

"I was in the ICU all of last week and I am insanely lucky to be alive," she wrote. "Don't even know why I went to the doctor, it was just a sore throat. But I had a freak case of epiglottitis."

According to Healthline, "Epiglottitis is characterized by inflamed tissue in your epiglottis. It's a potentially life-threatening illness."

When your epiglottitis -- which sits on the back of your tongue -- gets inflamed, it can swell and block your airway.

"There's something that happens when three people you're so close to die within a year and then YOU almost die but don't. (That was me. I'm the one that didn't die.) It's a strange dichotomy between, 'Why me?' and the other, 'Why me?'" she explained.

"They couldn't put me fully to sleep for the recovery process because my blood pressure's too low," she continued. "I was drugged just enough to not feel the pain and have no idea what was happening or where I was. They had to have my hands restrained to keep me from pulling out my breathing tube. My friend Stephanie said I kept writing, 'Was I in an accident?'"

Silverman spent five days in the hospital, and when she finally awoke she had no recollection of what had happened until her medication wore off.

"I thanked everyone at the ICU for my life, went home, and then slowly as the opiates faded away, remembered the trauma of the surgery & spent the first two days home kind of free-falling from the meds / lack of meds and the paralyzing realization that nothing matters," she revealed. "Luckily that was followed by the motivating revelation that nothing matters. I'm so moved by my real-life hero, Michael [Sheen], and amazing Sissies (blood & otherwise) & friendos, who all coordinated so that there wasn't a moment I was alone. It makes me cry. Which hurts my throat. So stop."

But it wasn't all traumatic, Sarah also shared some hilarious stories from the hospital when she was high on pain meds.

"Anyway there are some funny stories too. I couldn't speak for a while and I don't remember a lot of my 'lucid' time, but Amy (the Zvi) told me I stopped a nurse - like it was an emergency - furiously wrote down a note and gave it to her. When she looked at it, it just said, 'Do you live with your mother?' next to a drawing of a penis," she hilariously revealed.

"Also, when I first woke up and the breathing tube came out, I still couldn't talk and they gave me a board of letters to communicate. My loved ones stood there, so curious what was going to be the first thing I had to say. They followed my finger, rapt, as I pointed from letter to letter until I finally spelled out, 'Did you see 'Hello My Name is Doris,'" she added.

At least it sounds like the "School of Rock" actress has a good sense of humor about it all ... despite suffering a near-death health crisis.

What do you think about the 45-year-old's health scare? Tell toofab in the comment section below!