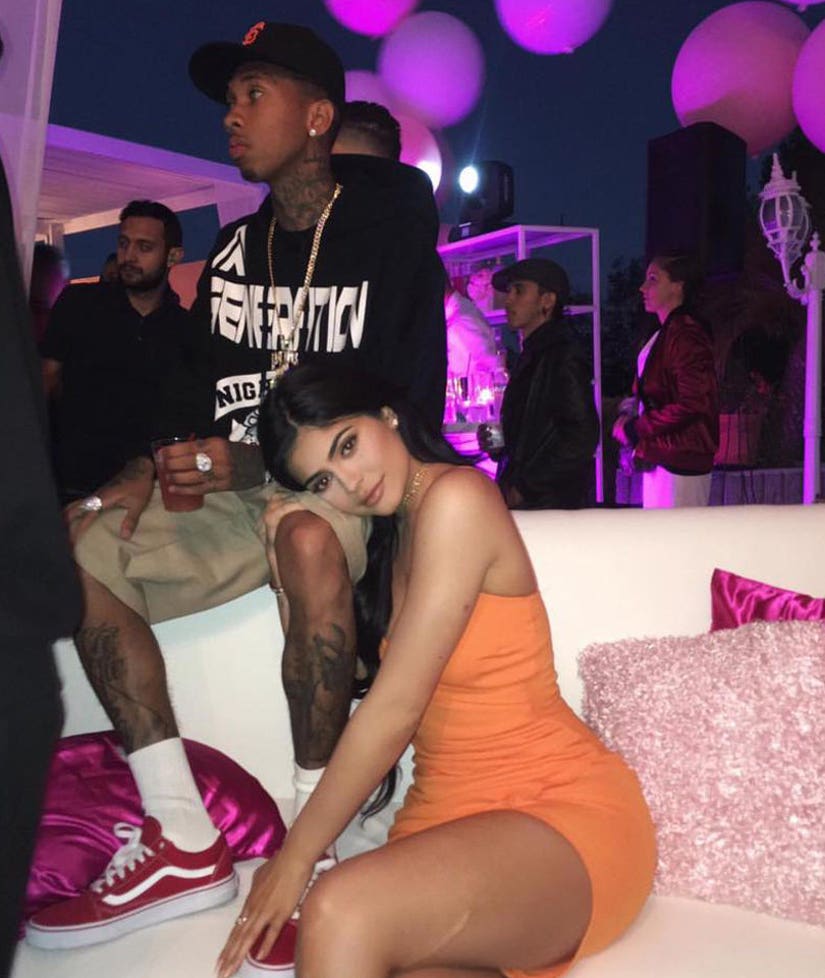 This photo started a firestorm on Instagram last night ... only to later get deleted all together.

Kylie Jenner posted the above pic to her page, showing her snuggling up to on-again boyfriend Tyga's knee at the PrettyLittleThing.com launch party in Hollywood.

While the snap looks innocent enough -- and definitely confirms the two are back on -- it was her caption that had people talking. Her text: "Mr & Mrs."

Most were wondering if the text meant they were secretly married or engaged, while others commented about her "deserving better" than the rapper. Many were also quick to point out that the diamond ring she's rocking isn't on that finger.

"Kylie you're too young and you need to 'shop around' more before you get married," wrote one fan. "Don't settle on the only boyfriend you've ever had. You got no one to compare him to!"

The most popular comment, with over 14k likes: "Oh come'on you deserve someone better than him...move'on babe!

In their defense: "I've seen most of these comments, and most of these are horrible," wrote another. "If they are together, that's their choice. You talk about 'not judging each other' bla bla bla... Most of you are judging these two."

And our favorite comment: "I would never marry someone who puts their shoes up on a white couch. I don't care how much money you got to replace it. It's just basic manners."

Think there's anything more to this pic ... or is she just messing around?