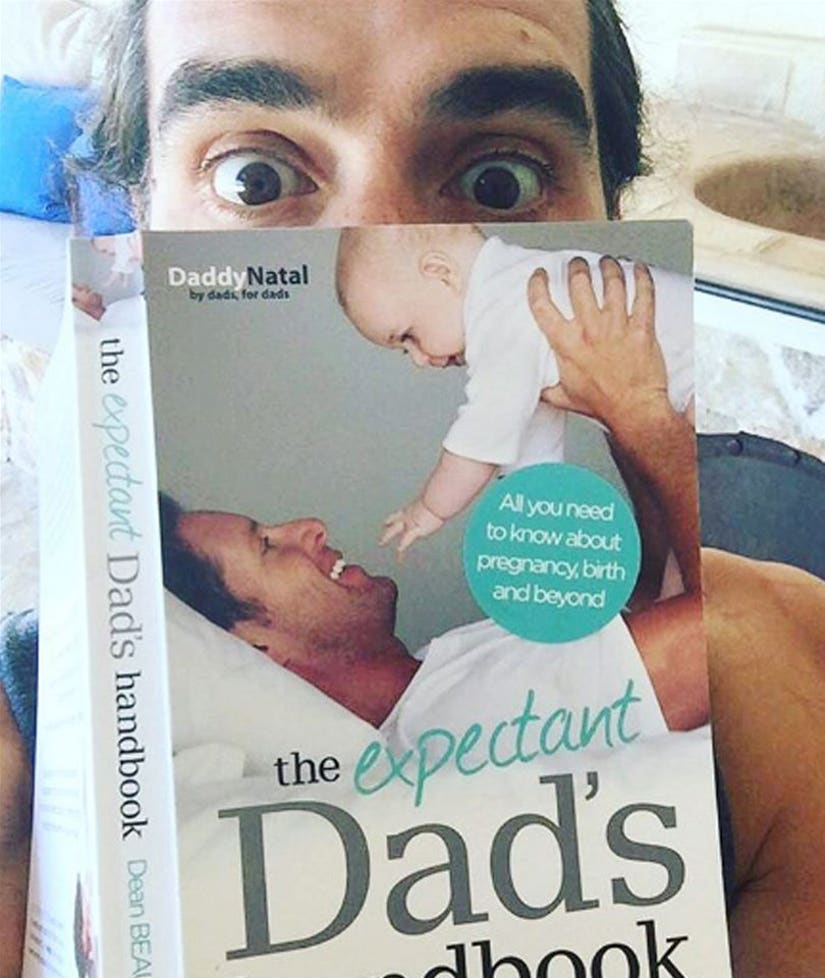 Russell Brand is preparing for parenthood!

The comedian took to Instagram on Friday, where he confirmed that he's expecting his first child with girlfriend Laura Gallacher.

In the cute candid, the "Forgetting Sarah Marshall" star is pictured reading "The Expectant Dad's Handbook."

"Right then. My Mum bought me this. Time to get ready! #trewlit #bookstagram #parenting," he captioned the funny photo.

Reports first surfaced that the on-again-off-again couple -- who began dating in 2007 and rekindled their relationship in 2015 -- were expecting a baby together in May.

Brand, who was previously married to Katy Perry, opened up about his desires to settle down during an interview with Redbook magazine back in 2011.

"I think I was ready for it," 41-year-old said about taking the next step. "If you're wild, like a wild animal, marriage won't contain you. I think that's how a lot of people get into trouble."

What do you think of Brand's big news? Sound off below and check out the gallery above to see more expecting stars!