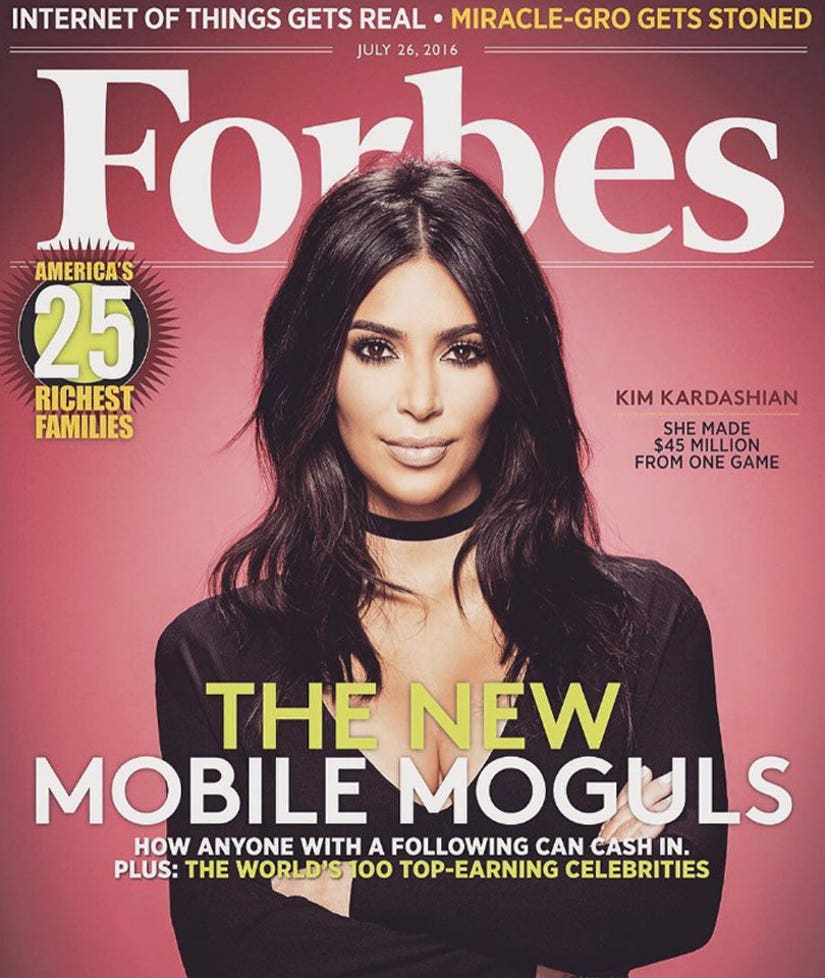 Kim Kardashian may have millions in the bank, but it's her latest magazine cover that cements her as one of the country's leading business women.

The reality star nabbed the cover of the July 26th issue of Forbes, which is something she never dreamed would become a reality.

"Such a tremendous honor to be on the cover of @forbes! I never dreamed this would happen& know my Dad would be proud," she tweeted alongside the cover shot. "#NotBadForAGirlWithNoTalent."

It became clear that Mrs. Kanye West was a force to be reckoned with in the tech world when her video game, "Kim Kardashian: Hollywood," debuted in 2014.

Since the launch, the game has been downloaded 45 million times and generated $160 million in revenue. The mag estimates that Kim herself has taken home $45 million over the past two years. This year, she earned $51 million to land at No. 42 on Forbes' Celebrity 100 list. 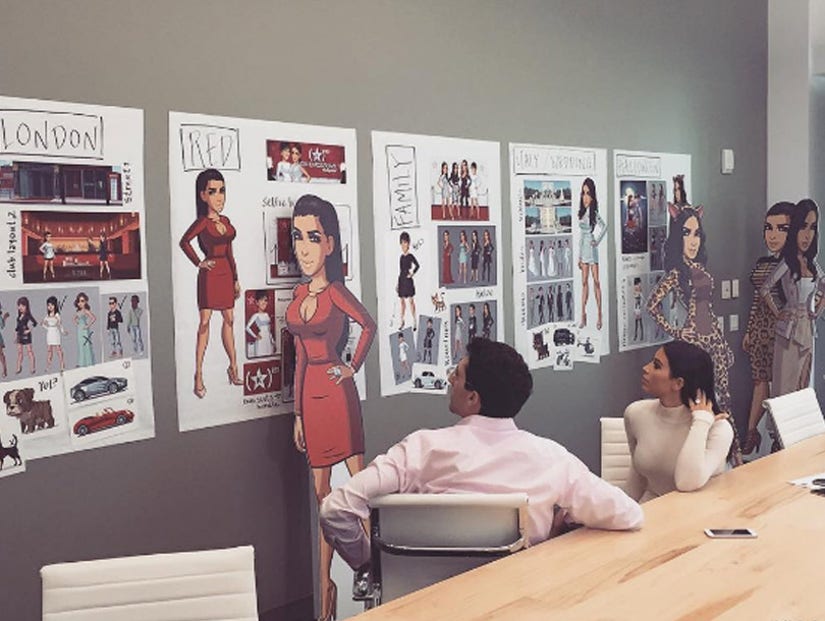 "I became really intrigued with the tech world. I started spending a lot of time in San Francisco," Kardashian tells the publication of her initial interest in the gaming industry. "I realized this is really going to be the next cycle of my career and this is what I want to focus on."

"I loved video games, growing up," she adds. "I remember I asked Kanye, 'Should I do this?' He was like, 'Yes!' That's how he got into music, because he wanted to do music for video games and wanted to create video games." But the mother-of-two was still cautious: "I was like, 'I wonder if people are really going to … mimic my life.'"

Luckily for her, millions of fans couldn't wait to tap into her daily life!

"The whole idea was to make it feel as live-time as possible," she explains. "I would give them bikinis and be like, 'Hurry up and mock up this bikini, because I'm going to wear it, and then you can have it live in the game!'"

Now, the E! star has full editorial approval, which allows her to finalize clothing ideas and okay each storyline in the game. She signs off on "every single outfit, to the eyeliner, to the hairstyles, to the color tones."

One thing's for sure ... Kim knows how to keep people buzzing!