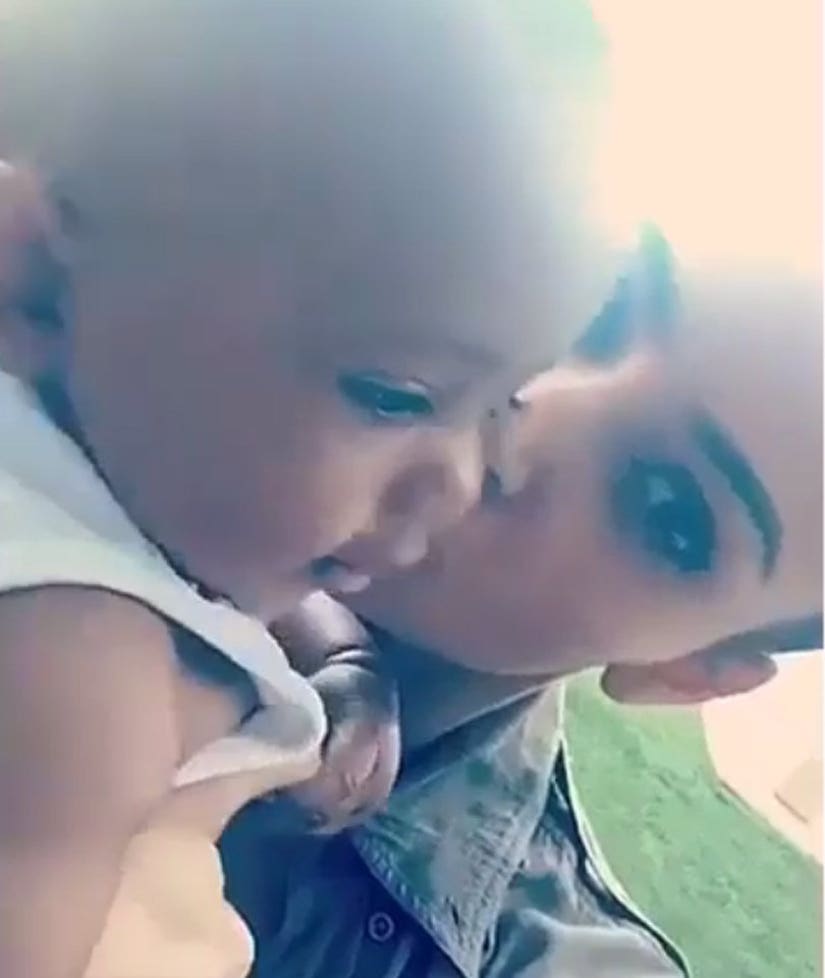 Kim Kardashian is always taking video during family functions, but she rarely posts anything of her son, Saint. That all changed on Sunday when the mother-of-two shared a short clip of her 7-month-old tot during "Soul Food Sunday."

In the clip, the "Keeping Up With the Kardashians" star cuddled up to her little boy and gave him a big smooch.

We can't get enough of his chubby cheeks!

It seems that Kim's hubby, Kanye West, can't get enough of his kiddos either, and he's already thinking about baby no. 3.

The new mom talked to Scott Disick about it last night's episode of the E! reality show, where she expressed her concern that she would never be the same ... down there ... if she gave birth to a third child.

"I was like, 'I don't think I can carry another one,'" Kim told Scott. "I just think, 'Ugh, I'll never be the same down there.' Kanye says it like feels the same."

"100 percent things change," Kourtney Kardashian's ex added. "Like, it's like throwing a hot dog down a hallway?" Kim asked. 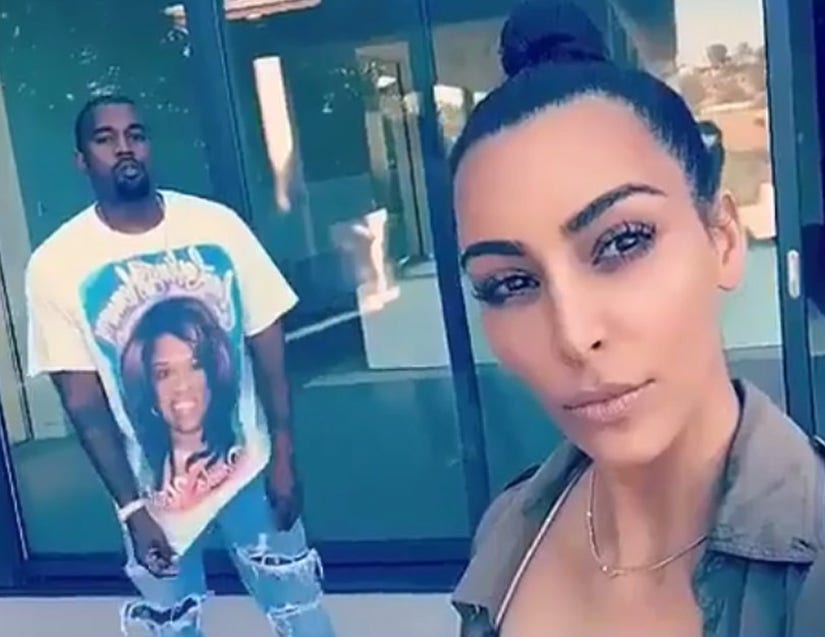 "I feel like me and Kanye don't care about that," Scott continued. "It's the fact that like something that big has come in and out of there. Things are just different internally. There's just like bumps and curves, you know what I'm saying? It's just not the same."

"It's like the same house but the furniture is rearranged," Kim joked.

"Correct! Exactly!" the father-of-three agreed. "The front door is still the same, but inside the couches have been spread apart and mixed and matched like a hurricane hit."

Catch up on today's hottest headlines with the video below: