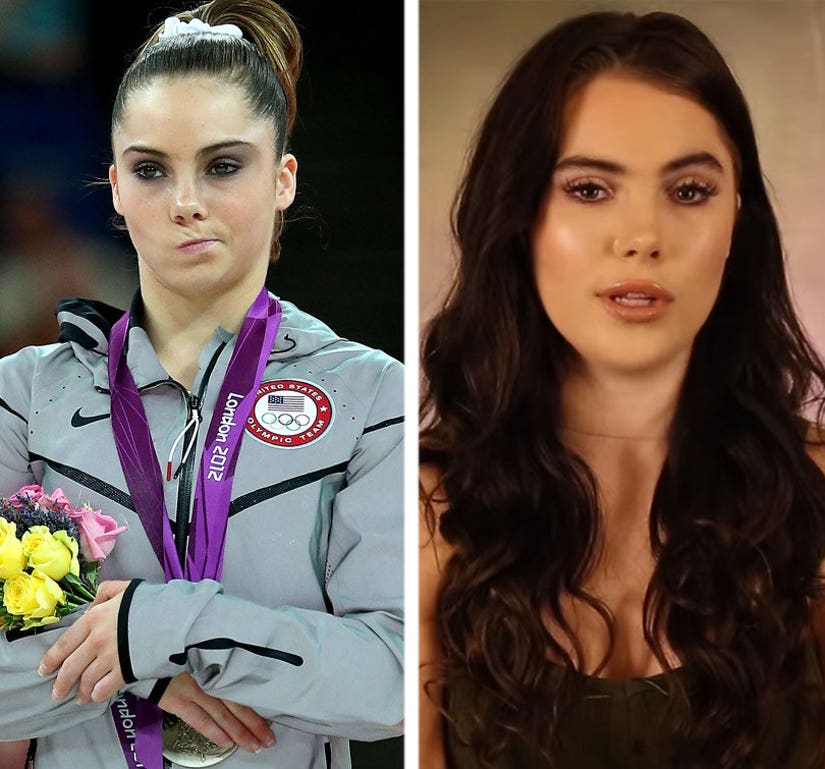 The gymnast was just 16 when she competed in the 2012 Summer Olympics -- and over the weekend , she showed off her surprising new look in a promo video for the USA Gymnastics team.

Sporting long dark locks, some serious lashes and fuller lips, the now-20-year-old has clearly come a long way in just four years' time. While her plump pout could easily be the product of over-lining and good makeup, fans commented on the video and on Twitter, wondering if she's gotten fillers.

In the clip, the former Fierce Fiver opened up about the 2013 World Artistic Gymnastics Championships, the final event of her competing career.

"2013 Worlds, I was 100% set on being there and being one of the girls who, right after the Olympics, goes and basically does the same thing," she explains in the video.

"That was my last experience in the gymnastics world and I didn't think it was going to be my last," she continues. "I definitely wanted to keep going, that was my goal, to be at this next Olympics, but we all have a different path in our life and I'm so happy that I got to fulfill even being there."

Earlier this year, she revealed she's interested in a music career.

"Right now, I'm in a music process with artist development, learning a lot of instruments and really finding who I am and who I want to be," she told GymCastic in February. "I want this music to be true to who I am and speak through to many people, because that's why I'm making it."

She's also very active on Instagram, where she often posts photos in bikinis and other sexy attire. Check out more of her best selfies in the gallery above!