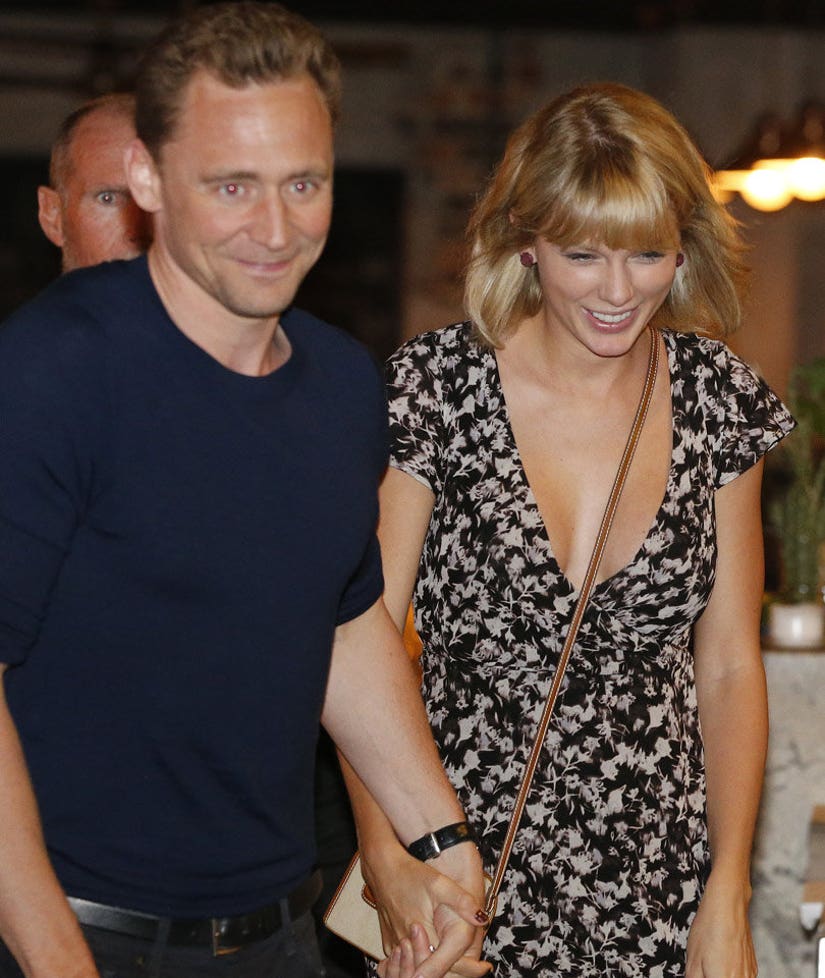 This was slightly uncomfortable to watch, for a number of reasons.

Tom Hiddleston and Taylor Swift took their PDA tour to Australia, where the actor is currently filming the upcoming "Thor: Ragnarok" on the Gold Coast.

While the "Shake It Off" singer stayed hidden inside their swanky penthouse, Tom took to the streets for a run -- where he was interviewed by Nine News Brisbane's Hayley Webb on the sidewalk.

Tom Hiddleston has been spotted on Gold Coast this morning. #9News https://t.co/juDlNnMC0F

"I, uh, I'm not going to answer that, if that's alright," he awkwardly answered, with some nervous laughter for good measure.

"What are you and your girlfriend looking forward to doing on the Gold Coast?" Webb then asked.

"I don't know. It's just good to be back," Tom responded, before taking off on his jog.

Later that evening, the duo emerged hand-in-hand for a date night to an Italian restaurant in Broadbeach (above). Swift showed off some cleavage in a cute floral wrap dress, while her man kept it casual in a fitted navy t-shirt and dark pants.

They were photographed leaving the restaurant with big smiles on their faces. To answer Webb's question, it definitely looks like she's enjoying herself!