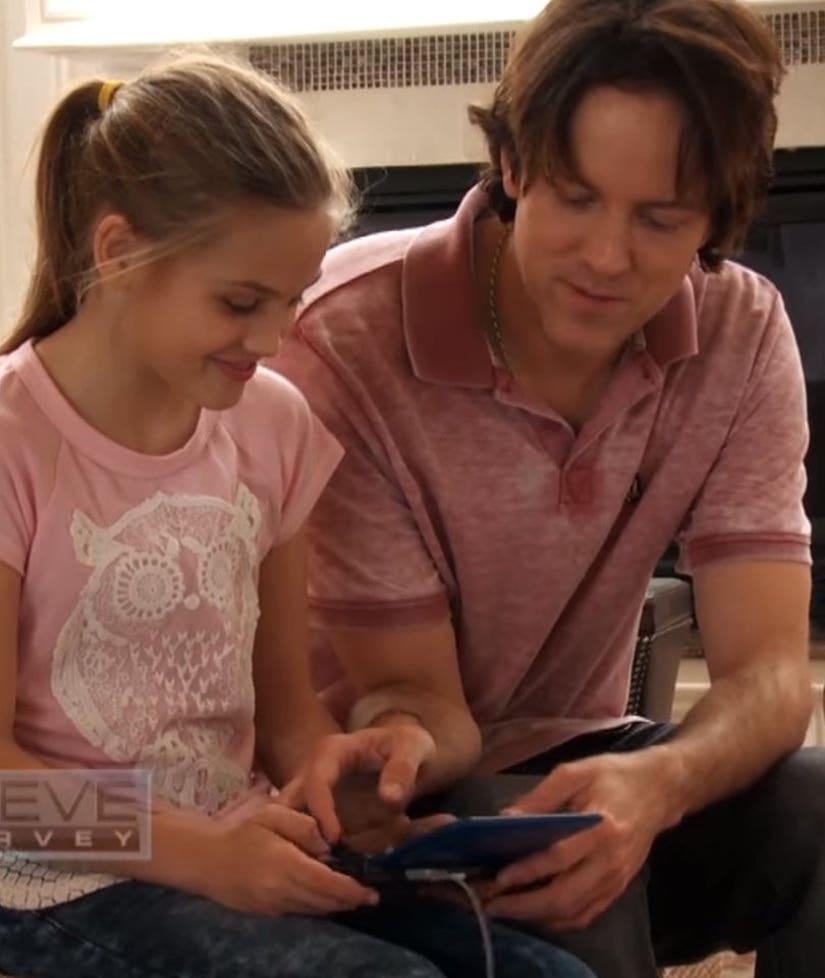 Can you believe Dannielynn Birkhead turns 10 this September?!?

It seems like only yesterday dad Larry Birkhead was battling for paternity and custody of his daughter with Anna Nicole Smith, who passed away in 2007 of an overdose. But, despite all the craziness that used to surround her late mother, Dannielynn seems like a very well-adjusted young girl.

On today's episode of "The Steve Harvey Show," Larry lets cameras inside his Louisville, Kentucky home for a rare look at his daughter's everyday life.

In the clip below, we see the father-daughter duo inside her pink bedroom, playing games on a tablet and cooking some sweet treats in their kitchen. At one point, Larry even teases Dannielynn about her homework.

"I think being a single dad, it's a lot of fun, it's a lot of work, there's a lot of reward there," Birkhead says in an interview. "Everyday is like an adventure. It's a little bit of a struggle, you don't have enough time in the day, you always wish you had that extra set of hands to help out."

Larry then gets visibly emotional as he talks about visiting Anna Nicole's grave.

"When we go to the gravesite, it's tough for her to visit the grave," he says through tears. "It makes me emotional thinking about everything we've been through. It's just been a rollercoaster."

He goes on to say that Smith would be "proud" of where they are now. "Things could have turned out a lot different," he explains, "and I think in a sad tale, this is the happiest ending we could have."

In another sneak peek video, Larry also reveals just how much Dannielynn understands about who her mother was -- watch that below:

The full interview airs Tuesday on "The Steve Harvey Show."