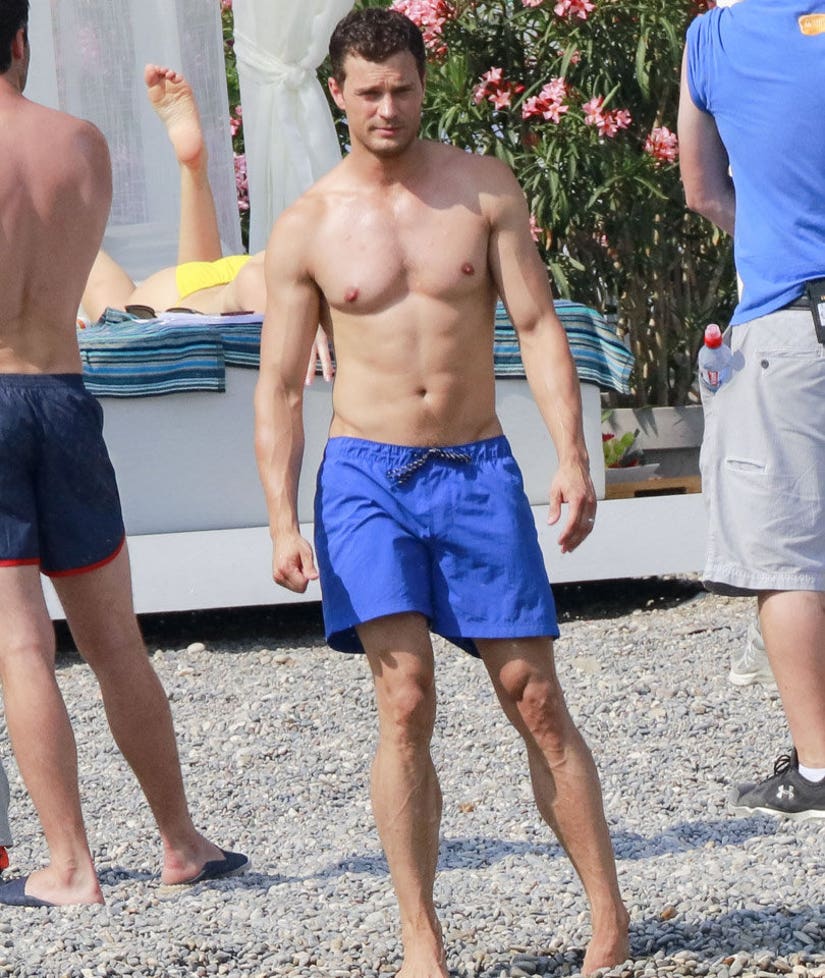 Consider this a spoiler warning for anyone who hasn't read the "Fifty Shades" books.

While the last film ended with Christian Grey and Anastasia Steele parting ways after a particularly disturbing S&M session, there's still two more movies in the trilogy -- and yes, these two crazy kids end up together again at some point.

We won't get into the specifics of this scene, but Jamie Dornan and Dakota Johnson were spotted shooting scenes from the third film, "Fifty Shades Freed," earlier today in Saint-Jean-Cap-Ferrat, France.

The dashing 34-year-old actor put his impressive physique on display in a blue swimsuit, his chest and bulging biceps stealing the show as Johnson reclined behind him. 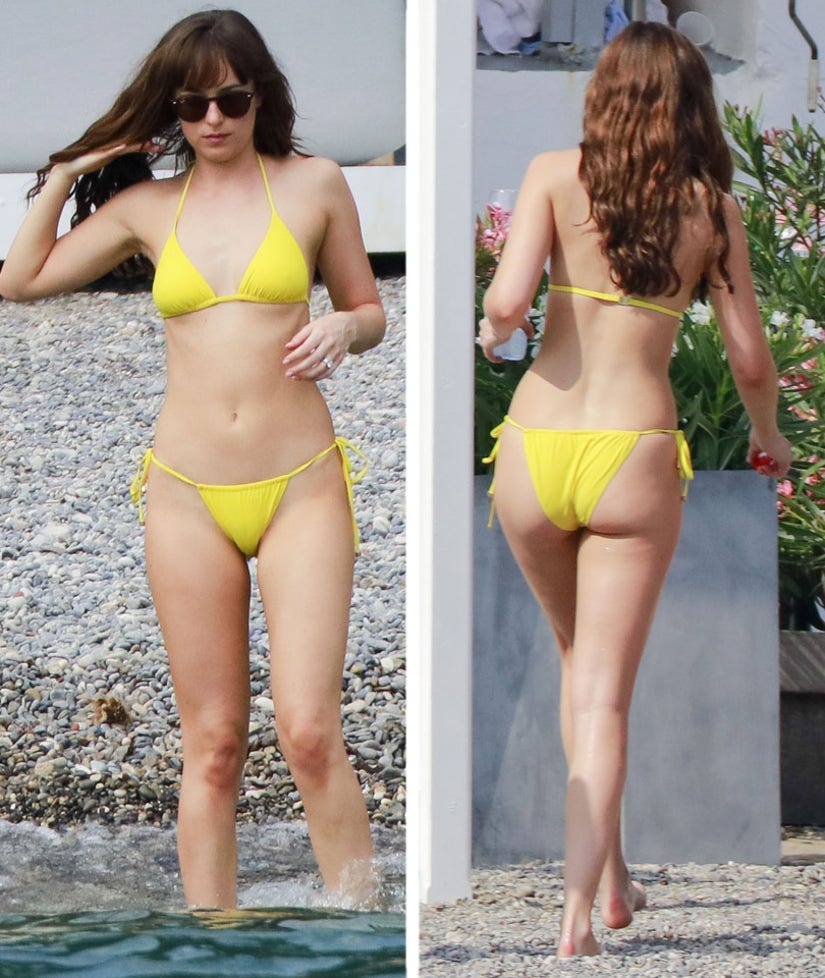 His 26-year-old on-screen love interest looked equally sexy in her two-piece, rocking the hell out of a very skimpy yellow bikini.

Dakota opened up about shooting some of the series' raunchier scenes earlier this year, when she spoke to Interview while in the middle of filming "Fifty Shades Darker."

"Well, we're not having actual sex," she said when asked about doing it on camera. "But I've been simulating sex for seven hours straight right now, and I'm over it."