Britney Spears is giving as a very sexy, not-so-private show!

The pop star took to Instagram on Wednesday, where she showed off her hot bod and debuted her new song "Priavte Show" to promote her perfume of the same title.

Randee St. Nicholas -- who worked with Britt on her Femme Fatale album shoot and the campaign for Spears' "Piece of Me" Las Vegas residency -- shot and directed the sexy ad, which shows the pop star rocking some barely-there lingerie.

"Private Show is inevitably a sexy song and it promotes feeling sexy and girls feeling alive and I think that's fun for girls," she tells ET. "I think the scent definitely has a combination of all those things."

"The last couple of fragrances that I've done with Elizabeth Arden have been really special to me but I wanted to do something that was different," she adds, noting that this scent is inspired by her "love of dulce de leche, white florals and iced coffee."

"I like it during the day, especially in the summer when I wake up to feel vibrant and alive….," she confesses. "It uplifts me, it makes me feel sexy and it's really beautiful." 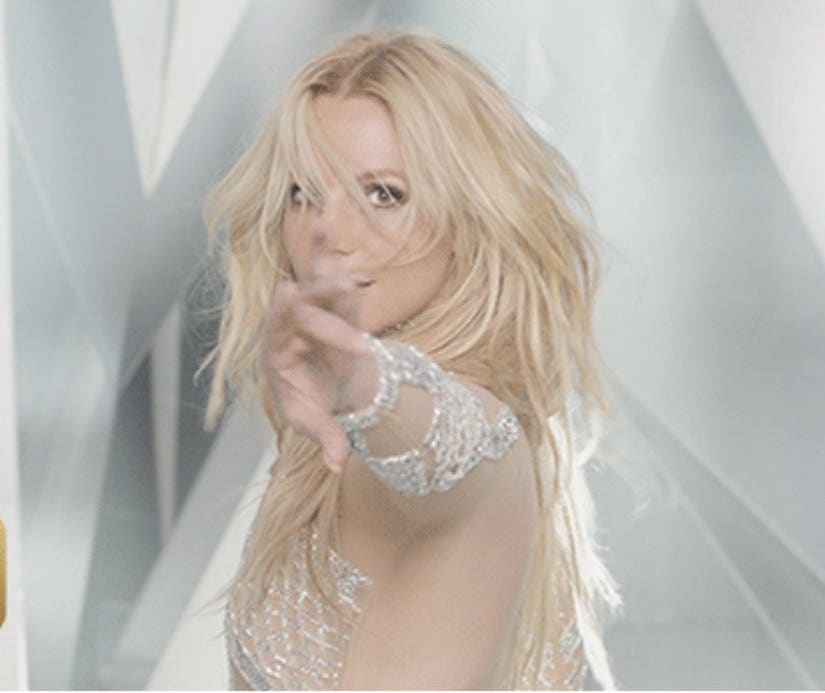 The new single will appear on the 34-year-old's 9th studio album.

What do you think about the "Toxic" singer's new track and sexy ad? Sound off below and check out the gallery above to see more pop stars then and now!