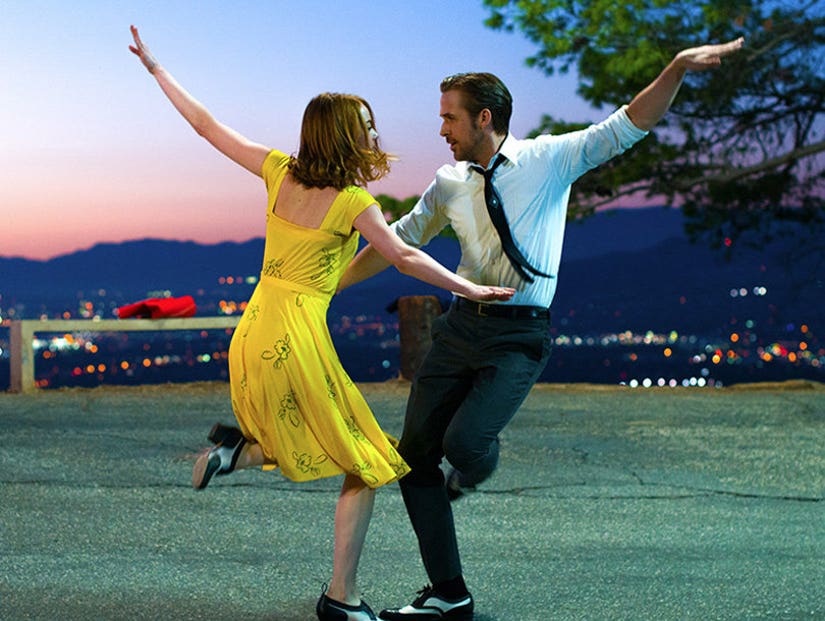 Ryan Gosling and Emma Stone are back on the big screen!

The on-screen pair, who previously starred together in "Crazy, Stupid, Love," reunite in the romantic musical, "La La Land."

In the first trailer for the film, fans are introduced to a jazz musician named Sebastian (Gosling) and aspiring actress Mia (Stone), who are trying to get their big breaks in Hollywood.

The clip is set to the tune of "City of Stars," which is performed by Gosling.

"City of stars, are you shining just for me? City of stars, there's so much I can't see," the actor sings. "Is this the start of something wonderful – or one more dream that I cannot make true?"

Fans even get to see a glimpse of Gosling and Stone kissing in the teaser. The trailer doesn't have any dialogue, but it's beautifully shot, so we're definitely intrigued!

"La La Land" is set to premiere on the opening night of the Venice Film Festival on Aug. 31 and hits theaters Dec. 2.