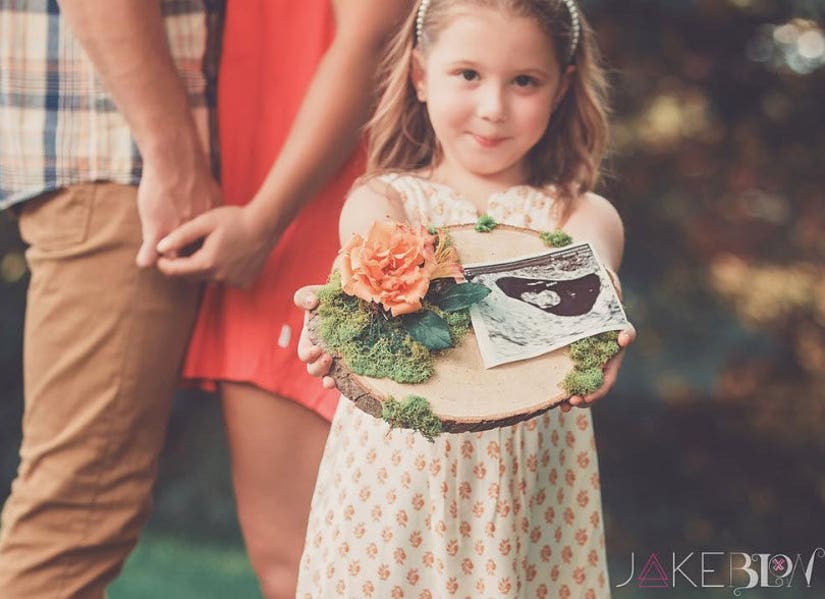 "And then there were four…"

Chelsea Houska just announced she and fiancé Cole DeBoer are expecting their first child together. The "Teen Mom 2" shared the baby news with an adorable shot of daughter Aubree holding an ultrasound on her official website, saying "baby Deboer" is expected to arrive in February 2017.

"We are beyond excited for this journey and can't wait to share it with you all," Chelsea continued. "Big sister Aubree is also extremely excited and it's no secret that she is hoping for a girl."

On his Instagram page, DeBouer said he "couldn't ask for a better blessing!"

This is the first child for the couple. Houska shares 6-year-old Aubree with ex Adam Lind.

Chelsea and her new beau met at a gas station and started dating in 2014. Viewers of the MTV series watched as their relationship grew stronger, the two moving in together before Cole popped the question in November 2015.

"Cole brought me to a personal spot in the woods where he had photos lining the tree," she explained of the proposal. "The pictures hanging were of him and I and the three of us as a family."

"Cole asked Aubree if it was okay if he married her mommy," the bride-to-be added. "She immediately said yes, was extremely excited, and gave him a big hug."

Awwwww. Congrats to the family on their baby-to-be!