The "Dawson's Creek" alum stopped by "Watch What Happens Live" alongside "Flipping Out's" Jeff Lewis on Wednesday, where she revealed who has been the most difficult star to work with.

During the candid conversation, Phillips confessed that she had major beef with James Franco while they were working on "Freaks and Geeks" together -- check out the clip above to see what she had to say about their strained relationship! 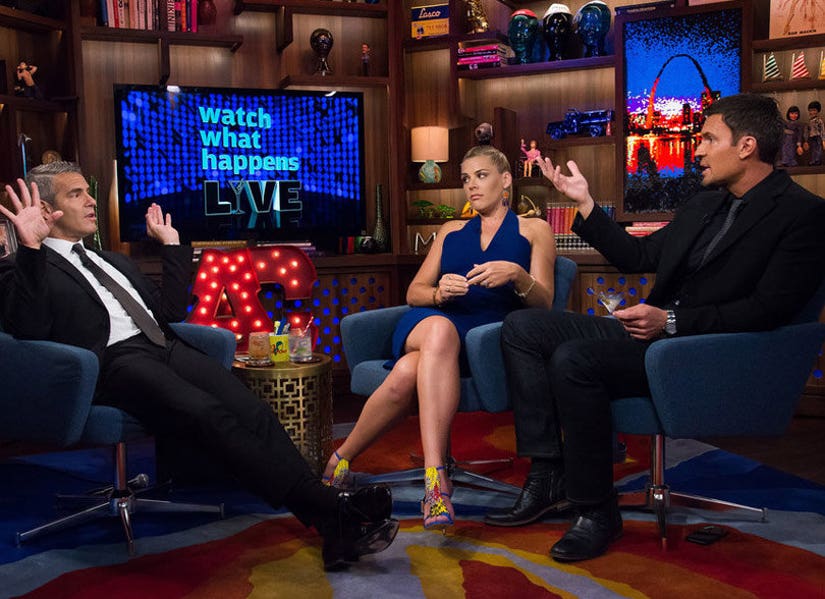 "At the time, but we've since made amends, James Franco and I didn't really get along when we were on 'Freaks and Geeks,'" she told Lewis. "We were 19, and we really disliked each other. It's well documented, he like shoved me to the ground once. It was like really brutal, but we're friends now and we like really like each other now as adult. But as kids we did not get along."

Later on the show, the 37-year-old also revealed if she ever hooked up with one of her "Dawson's Creek" costars like James Van Der Beek or Joshua Jackson.

So did the blonde beauty ever sleep with one of her gorgeous costars? "No one!," she said. "I always had these boyfriends and I was really loyal to them, who you know, were just like normal people. I'm telling you, I'm married and now it's game over!"

What do you think about the actress' candid comments? Sound off below and check out the gallery above to see more celebrity feuds!