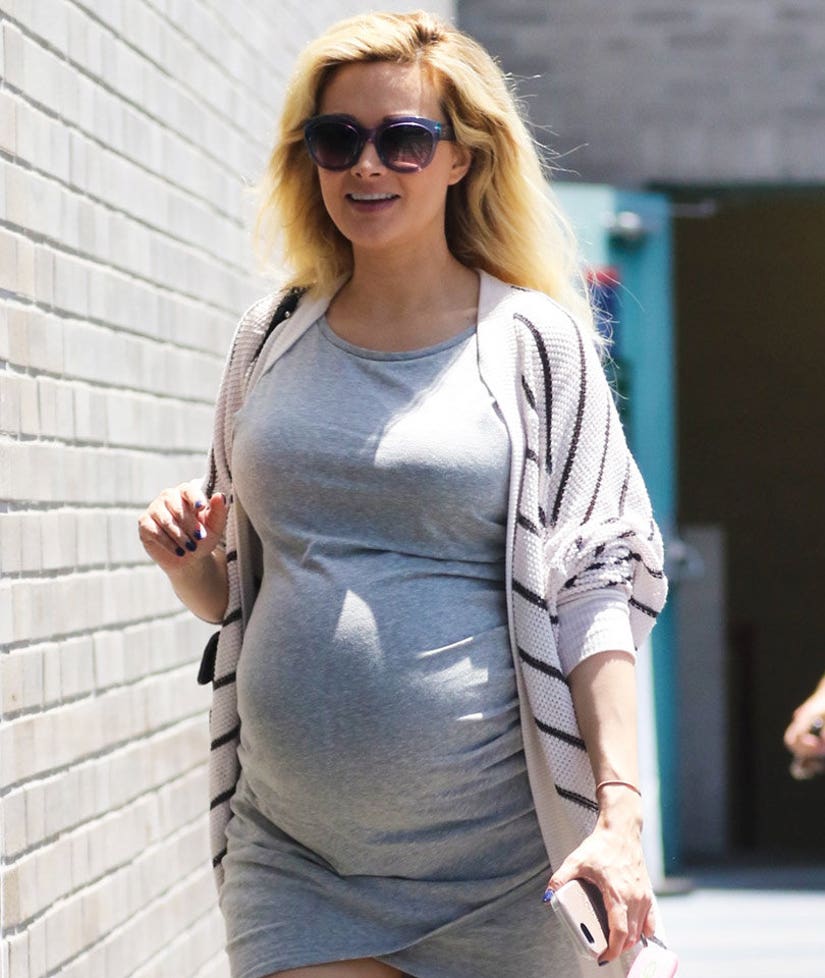 She's in the homestretch!

Holly Madison was spotted running errands at Rite Aid in Los Angeles on Wednesday, where she showed off her baby bump in a gray dress.

This is the second child for the "Girls Next Door" alum and her hubby Pasquale Rotella, who share daughter Rainbow, 3, together. The cute couple -- who tied the knot in 2013 -- announced they were expecting another baby together in January.

The 36-year-old recently opened up to PEOPLE about her second pregnancy, telling the site that she's been a tad more "lazy" than she was with Rainbow.

"I've been more tired, lazy, not craving healthy food," she told the site. "It's crazy how different each pregnancy is — not just from person to person, but even myself."

"Other people ask me for pregnancy advice, and it's hard to give advice because each is so different," she added.

Holly's definitely got that pregnancy glow -- click "Launch Gallery above to see even more expecting stars!