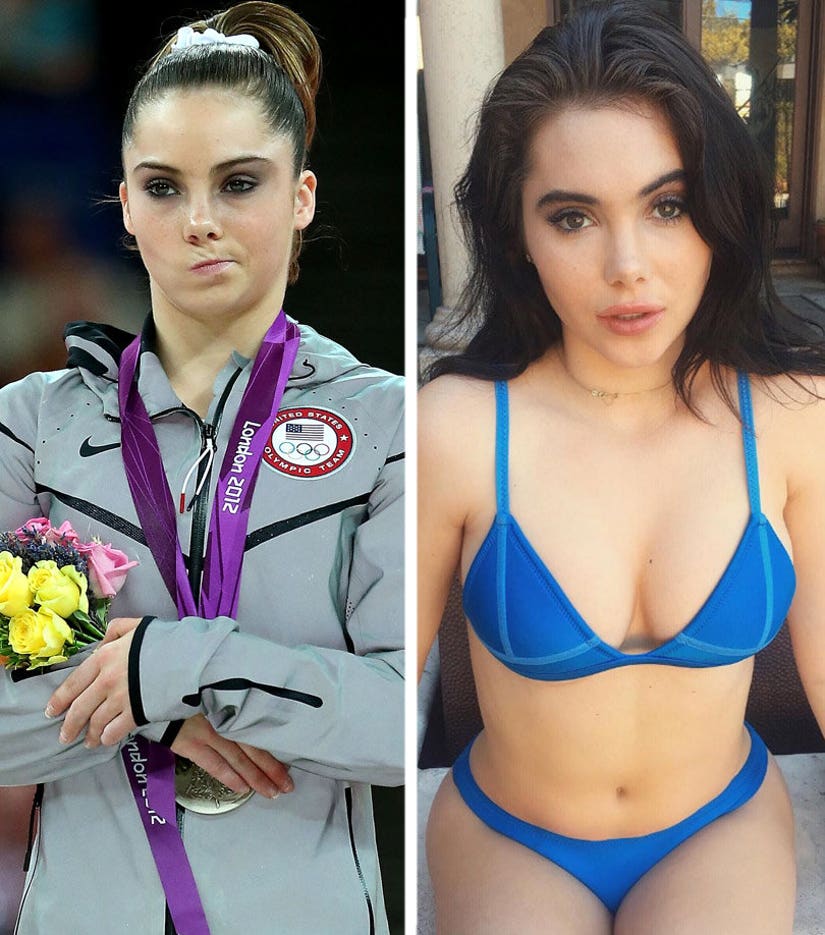 McKayla Maroney is not impressed with all the talk about her changing face.

The Olympic gymnast became the subject of intense scrutiny earlier this week, after she appeared in a video for Team USA looking noticeably different. A lot of the attention went to her plump pout, which drew comparisons to Kylie Jenner after she got lip injections.

Maroney, who was just 16 when she became an Internet meme during the 2012 Summer Olympics, is now 20 ... so was her changing appearance the result of makeup, aging or something more?

In a new interview with Seventeen, she was asked if she has a message to people who think she's had some work done.

"First of all, that I haven't," she tells the site. "Growing up in the social media world, it's tough. Your face changes, you get older, your face fills out, and you fall into liking makeup and different stuff like that. And for people saying that, for the most part — it would kind of hurt my feelings when you haven't done anything."

"You just kind of have to keep being yourself and move forward with what you love," she continues. "I just haven't had anything to give to people, so they're almost just picking at anything that they can to find something to talk about me for. It's just one of those things right now and you just have to keep moving forward."

She adds that her priorities have changed since the 2012 games.

"I was focused on the gold medal. And now I'm just getting into entertainment and really looking at other girls who are wearing makeup. It's a thing now! I'm getting into fashion and I really enjoy it," she explains. "I think it freaks people out to see somebody change just a little bit. I don't mean to freak anybody out. At the end of the day, I have changed. I think most people should be accepting with stuff like that, but you know, you can't force anybody into feeling a certain way."

And a final message to the haters: "Anybody who's judging it and not liking it, that's fine. Unfollow me. I don't really care."