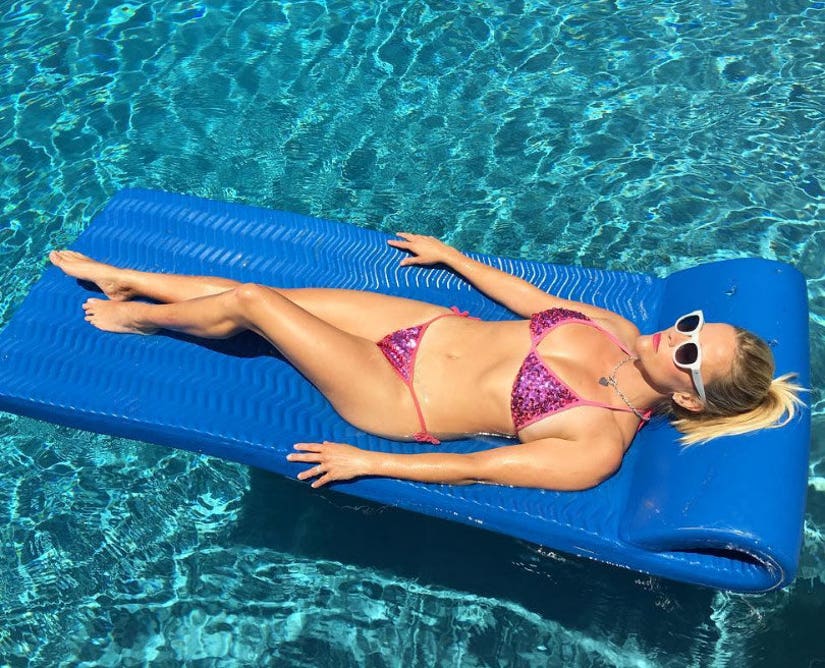 Reese Witherspoon's still got it!

The 40-year-old actress took a trip down memory lane on Wednesday, celebrating the 15th anniversary of "Legally Blonde" by slipping into a couple of her most famous costumes from the film.

In one of her Instagram posts, Witherspoon proved she's just as hot now as she was when she was just 25, rocking the same pink, sequined two-piece Elle Woods wore in her application video for Harvard. "I'm able to recall hundreds of important details at the drop of a hat," she captioned the pic, referencing a line from the flick.

In a video she also uploaded, the Oscar winner is seen sporting another candy-colored outfit from the film as she recites another of her famous quotes. "Whoever said orange is the new pink was seriously disturbed," she says, adding, "Still got it!"

Reese went on to explain how much being a part of the 2001 film means to her and her career in a post for Instagram's official page.

"I have had so many women say, 'I went to law school because of 'Legally Blonde,'' she said. 'It actually had a meaningful story. And it was about female empowerment. It wasn't necessarily about the girl getting the guy.'

She also did her infamous Bend & Snap, adding that it's "still the most asked request I get from people. I have a feeling I will be doing the bend and snap until I am 95!"

Check out the gallery above to see what more of Reese's "Legally Blonde" costars look like now!