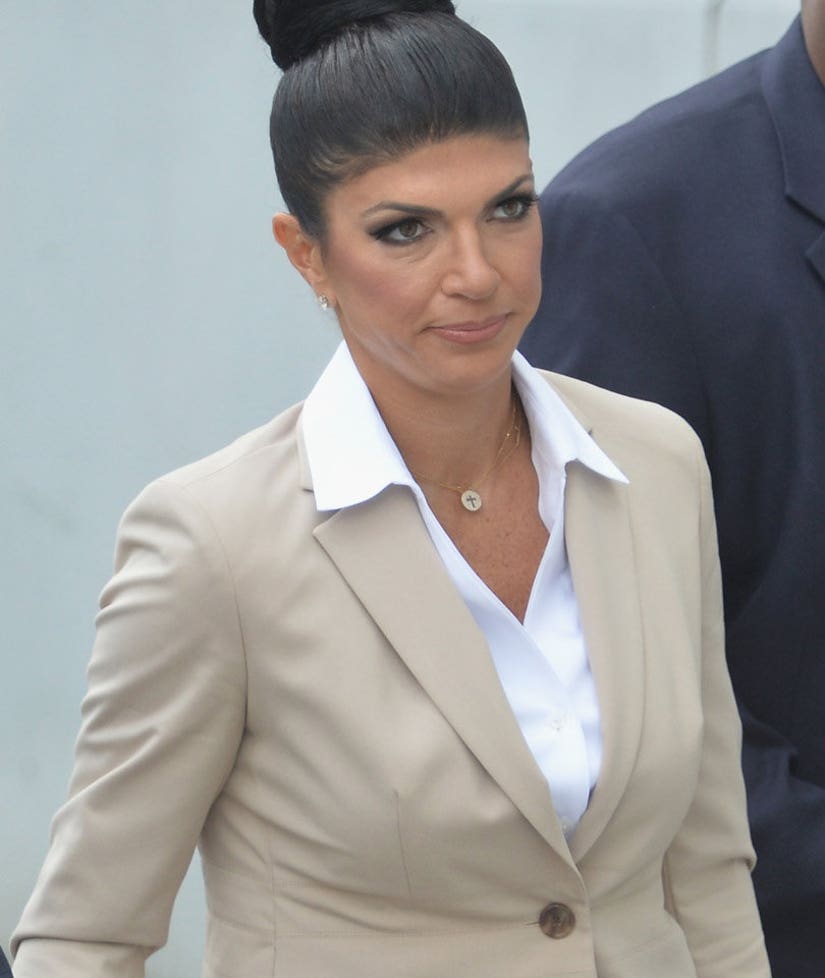 Teresa Giudice almost had another table-flipping moment on live television on Thursday, after storming out of an interview with "Access Hollywood Live."

The reality TV star was on the show with sister-in-law Melissa Gorga, the two of them appearing via satellite to chat about the new season of "Real Housewives of New Jersey." But when talk turned to Teresa's currently-incarcerated husband, Joe, the conversation went in a nasty direction.

Host Kit Hoover asked whether Teresa's husband could face deportation when his sentence is up, since he's an Italian citizen ... but Giudice did not want to go there.

"Next question please, I don't think that's something you should be asking," she shot back. When Hoover tried to defend her line of questioning, Teresa added, "I'm sorry, I think that's really rude. You're not gonna see it on the show. Matter of fact, I'm gonna leave."

She then walked off, as Melissa looked on in shock.

Hoover and cohost Dave Karger continued to talk about what just happened in the minutes that followed, Kit asking for a high-five over her first "walk off."

"Teresa was there to promote the new season of 'Real Housewives of New Jersey' and the paperback release of her book, not to be asked a question like the one that was posed about this being the end of her family," Giudice's rep later told People about the incident. "She politely deflected the question and asked them to move on and they didn't, so she left. She was doing 'Access Hollywood,' not '60 Minutes' or a sit down with Barbara Walters. To see the host hi-fiving at the end of the segment as if she did something worthy of a celebration was absolutely taste less."

"Clearly the question posed and the answer they hoped to illicit were not something Teresa was comfortable discussing," the rep added. "She has her own personal reasons for that and owes absolutely no one an explanation for her choosing to not answer the question."

A rep for Melissa added that she "absolutely supported" her decision to walk off.

Check out the video above. It is a little awkward to see them so excited over Teresa's outburst -- what do you think?