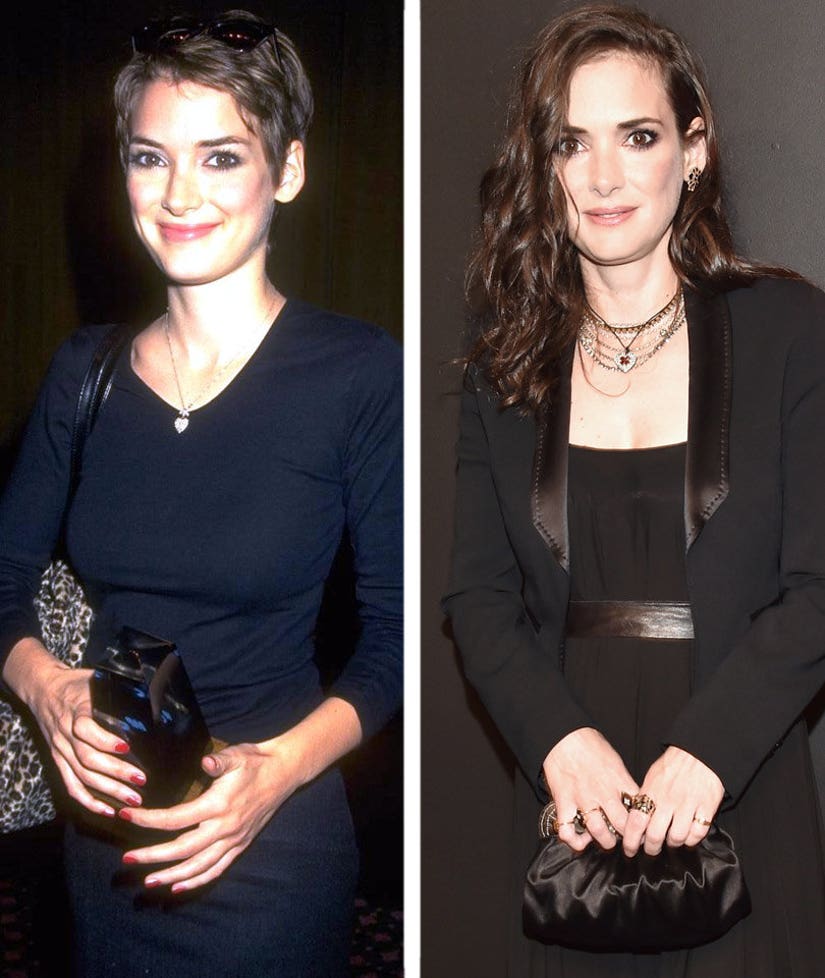 The 44-year-old actress admits that she has embraced aging, despite having been bombarded by the pressures of Hollywood.

"I love getting older," she says in a new interview with Net-a-Porter's The Edit. "I think it has to do with always being the kid on set. It's interesting because, these days, [cosmetic surgery] is treated almost like hygiene. I've had people say to me, 'Oh, you should, you know...' and they point to my forehead. 'Get that seen to!' But I'm like, 'No! I've been waiting so long for that to happen!'"

"I know actresses have a tough time because of their age -- they're just not getting hired," she adds. "I know it exists. You're the girlfriend, then you're the mother. But I don't see it as a bad thing -- it can be just as interesting, if not more so, than the leading-lady, ingénue phase."

The "Beetlejuice" star also talks about getting back into the spotlight with her new Netflix drama series, "Stranger Things," after taking a lengthy break from acting. The show is streaming now.

"I was working a lot [in the '90s] and I needed to slow down," she admits. "It's so important to have a life outside the industry, to not look to it to validate you as a human being... I'd been listening to the people I was working with -- 'You should be doing this, you have to keep working or people will forget you and you won't be relevant...' -- but my heart wasn't in it."

Ryder certainly knows what she wants in her career ... and her personal life.

The notoriously-private star reveals that she has no plans to get married.

"I'm a serial monogamist," she declares. "I was single for a while and dating and... I just didn't know how to do it! I've always been like that: when I was 15, there was a guy I liked, and we made out, and I thought that meant he was my boyfriend. My mom had to explain it to me."

"But marriage? I don't know," Winona continues. "I'd rather never have been married than been divorced a few times. Not that there's anything wrong with divorce, but I don't think I could do it if that was a possibility. When your parents are madly in love for 45 years, your standards are really high. But I've been happily with someone for quite a while now."

Ryder is currently in a relationship with fashion designer Scott Mackinlay Hahn, whom she's been dating since 2011.