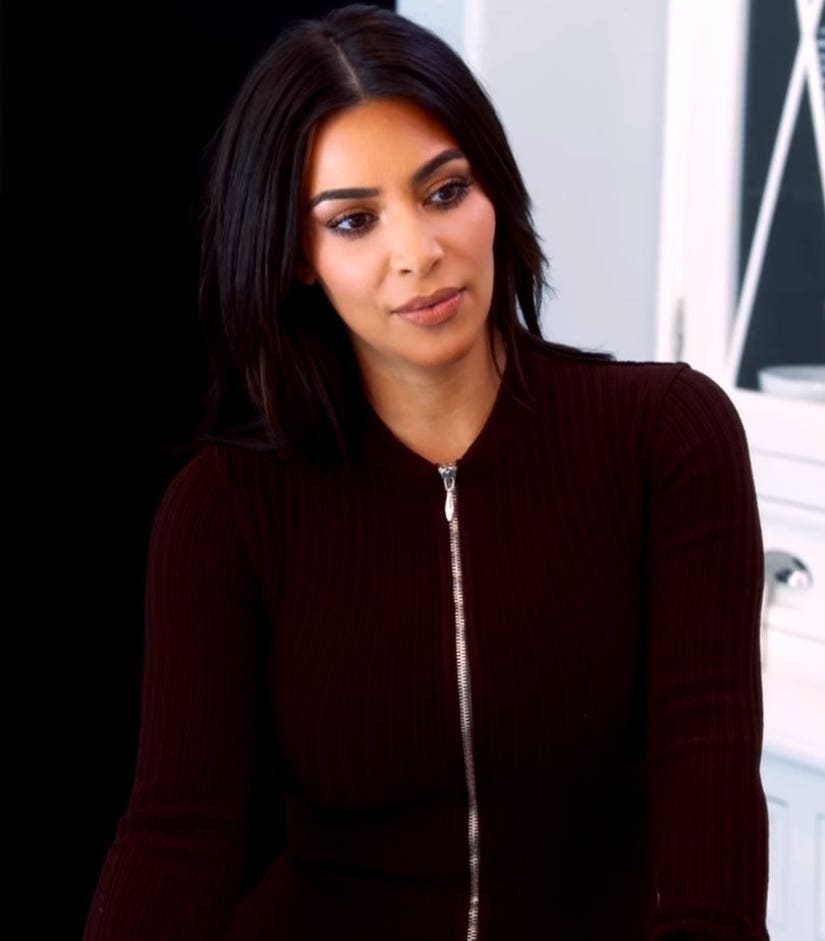 Kim Kardashian is warning her family about the fallout from Kanye West's "Famous" music video.

"I need to, like, brace you," the reality star tells Kris Jenner and Scott Disick in a sneak peek of Sunday's "Keeping Up With the Kardashians."

She goes on to explain that there are some controversial cameos in her husband's latest project, including Taylor Swift, his ex Amber Rose, her ex Ray J, Caitlyn Jenner and more.

"There's nudity, technically," she explains. "The sheet's over everyone." (If you missed it, Kanye's video shows nude doubles of those stars laying in bed together).

Kris' reaction is priceless: "I think he's obsessed with Caitlyn though," she declares. "He just likes people that are authentic, that do what they want to do," Kim explains.

Disick then brings up the Swift controversy that was sparked after the song was released.

"I am still trying to understand the whole feud between Taylor Swift and 'Ye that happened about this whole song, 'cause I thought she knew about it," Kourtney's ex says. "She did," Kim replies.

This is the second time Mrs. West comments on Swift during this week's episode.

"I never talk s--t about anyone publicly, especially in interviews. But I was just like, I had so had it," she tells Kourtney in the video below. "I just felt like I wanted to defend him in it because it's like, she legitimately quote says, 'As soon as I get on that Grammy red carpet, I'm gonna tell all the press.' Like 'I was in on it.'"

When Kourt asks if Taylor changed her mind because she "didn't like the reaction," Kim responds saying it's just "another way to play the victim."

We have a feeling this feud is just heating up!

See all the drama unfold on "Keeping Up With the Kardashians" on Sunday at 9 p.m. ET on E!