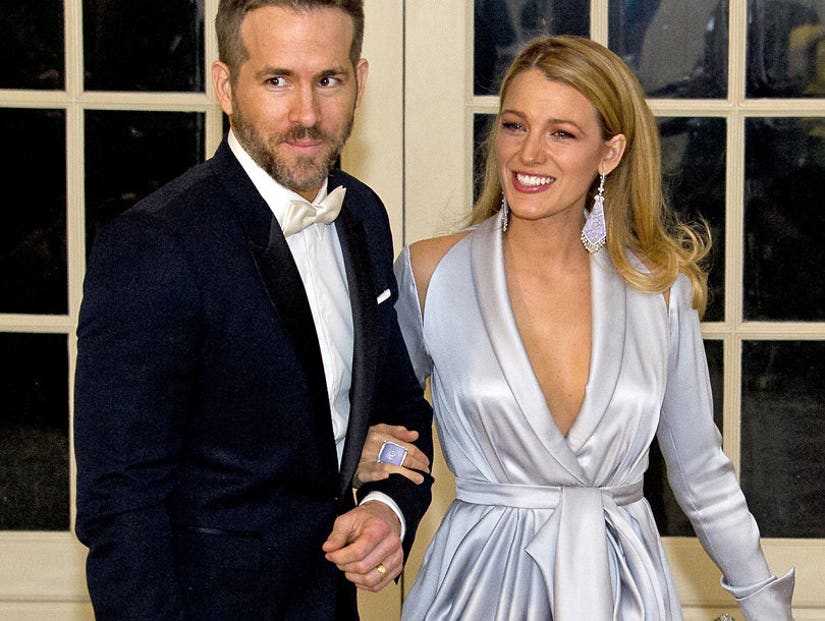 Blake Lively appeared on "The Tonight Show with Jimmy Fallon" on Friday evening, showing up to the sit-down with a cardboard cutout of the host that he had given her last time she appeared on the show.

"It sort of, like, messed up my home life a little bit," the expecting star explained. "It caused some problems at home."

She then rolled a clip of her daughter James with the cutout. "Where's your dada?" Blake asks the curly haired cutie. James then points to the cutout of Fallon, saying "Jimmy."

"It's a little confusing," Lively then joked. "I think I should do a paternity test, live, on air."

Ryan clearly didn't take anything too personally, as he was later seen having some drunken fun with the faux Fallon as well -- check out the clip above!