It's been four years since we saw Alex Pettyfer get down in "Magic Mike," but the actor still has some moves!

The 26-year-old star, who's now working for tech company Hypit, proved that he can still dance on command. He took to Instagram to share a funny video of himself grooving to Ginuewine's "Pony," after a coworker surprised him with the song.

"When you're working late at night and your team decide to bring up the past!!!" he captioned the clip.

In the video, Pettyfer reluctantly starts to dance in his chair before hopping up and seamlessly performing his "Magic Mike" number. He even goes over to a female coworker and looks like he might give her a lap dance. Check out the funny moment above! 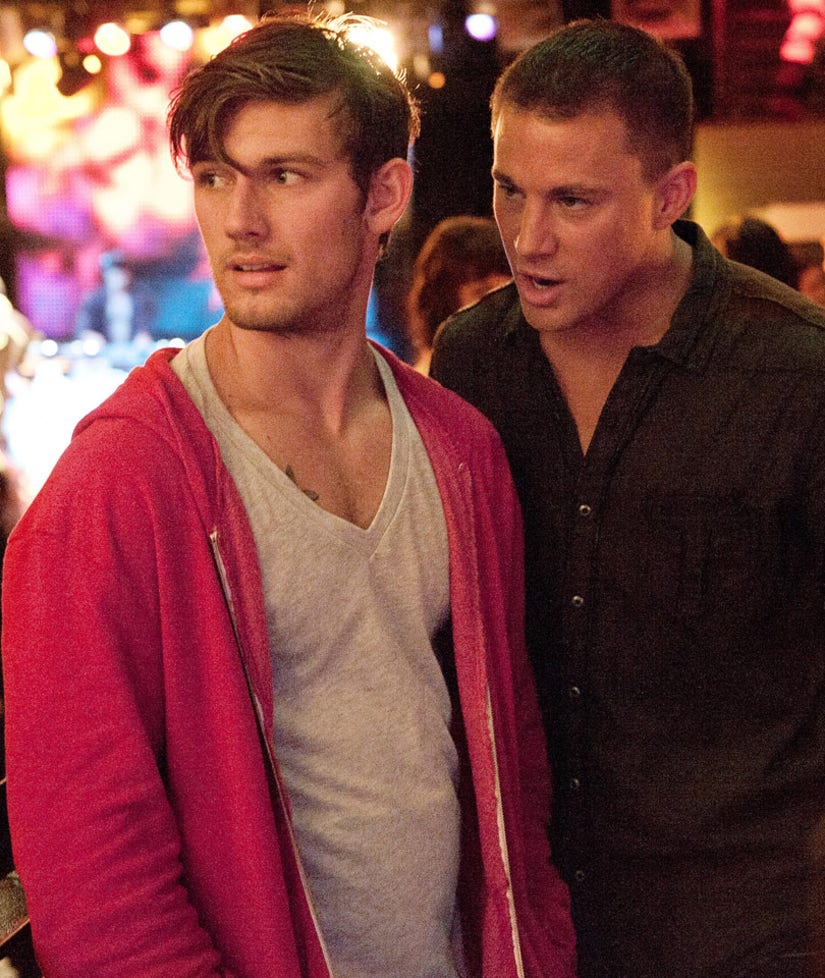 While it seems like Alex has fond memories from his big screen stripping debut, he didn't have the best relationship with costar Channing Tatum (which is why he didn't appear in the sequel).

During a recent interview with Bret Easton Ellis for his B.E.E. podcast, Pettyfer revealed that he and Tatum didn't end things on great terms.When asked about rumors that the duo did not get along, Alex confessed, "It's true."

"Because Channing Tatum does not like me -- and for many reasons [and] many being my own fault," he clarified.

Reportedly, Channing was hesitant to cast Alex in the first place, partially because of his "bad boy" reputation. As a result, Pettyfer's reps advised him to keep a low-profile.

"I was scared to speak," he explained. "I actually did my work and I sat in the corner and listened to music because I had been told anything I did was wrong by my reps. I was very insecure as a human being. That also gave me a bad rep because everyone was like, 'Alex doesn't speak because he thinks he's better than everyone else.' That's not true. I was just generally nervous and scared to be myself. I was in character."

Alex also said that when he came face-to-face with Channing to film a few "Magic Mike" re-shoots, the actor had already told the rest of the cast that he did not like Pettyfer.

"What Channing says goes," he revealed. "He's a movie star. I made the poor decisions."