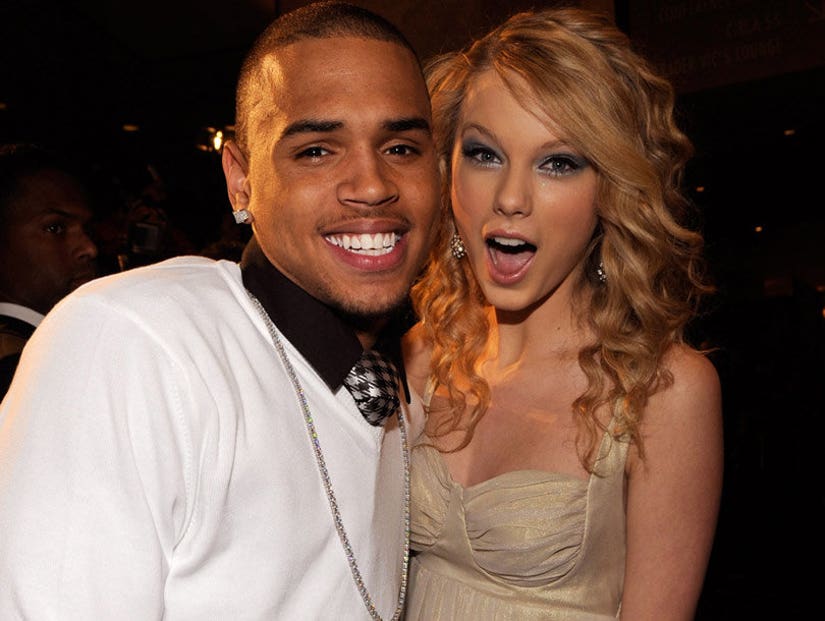 Chris Brown is not here for this Kim Kardashian/Taylor West feud.

The rapper went off on the entire scenario in the comments on Baller Alert's Instagram page, after the site re-grammed Taylor's statement about the reality star's actions. In case you somehow missed it, Kim wanted to prove Swifty knew about Kanye West's song, "Famous," releasing video of him explaining the lyrics to her while they spoke on the phone. She's heard telling him she considers it a "compliment" to be included on the track. While they're pretty telling clips, they still don't show Kanye explain the line, "I made that bitch famous," in the song -- which was Swift's major issue with it.

And while many stars chimed in defending Taylor, the "Turn Up the Music" singer is calling the whole exchange "bulls---."

"CELEBRITIES, FREEDOM OF SPEECH???, come back to f---ing planet earth," he wrote. "EVERYONE REALLY BE ACTING LIKE LITTLE ASS KIDS( EVEN ME AT TIMES)."

In another post, he went on to say that his words weren't meant as a diss to anyone. "I DONT F--- WIT CELEBRITIES. Real talk. There isn't a core in them, ONLY THE SURFACE."

"We live in a weak minded ass world, we glorify fake s---. fake lips, fake asses, fake identities," he went on. "We have made it a world where we it's ok to tell young women that the looks they were born with aren't good enough?? Self esteem and insecurities are learned.... Im over watching us act stupid. F--- PRESS..... Start living."

"BETWEEN POKEMON (which I love) and this FAKE ASS CELEBRITY HIGHSCHOOL DEBATE TEAM, our values or even our regular lives are too consumed by bulls---," he added. "ME INCLUDED, I just wanna see things from artists( celebrities) that actually f---ing matter. I DONT NEED the press nor am I dropping an album next week."

While his words are pretty extreme, it's a sentiment shared by Selena Gomez, Martha Hunt and Chloe Grace Moretz.

"There are more important things to talk about... Why can't people use their voice for something that f--king matters," Selena posted on Twitter. "Truth is last thing we need right now is hate, in any form. This industry is so disappointing yet the most influential smh."

Moretz, who's had major beef with Kim in the past, had a similar message. "Everyone in this industry needs to get their heads out of a hole and look around to realize what's ACTUALLY happening in the REAL world," she wrote on Twitter. "Stop wasting your voice on something so petulant and unimportant."

Hunt also chimed in, adding, "It's pathetic how quick our culture is to sensationalize a fabricated story. Take interest in the real problems going on. Spread love."

Whose side are you on here? Sound off below!