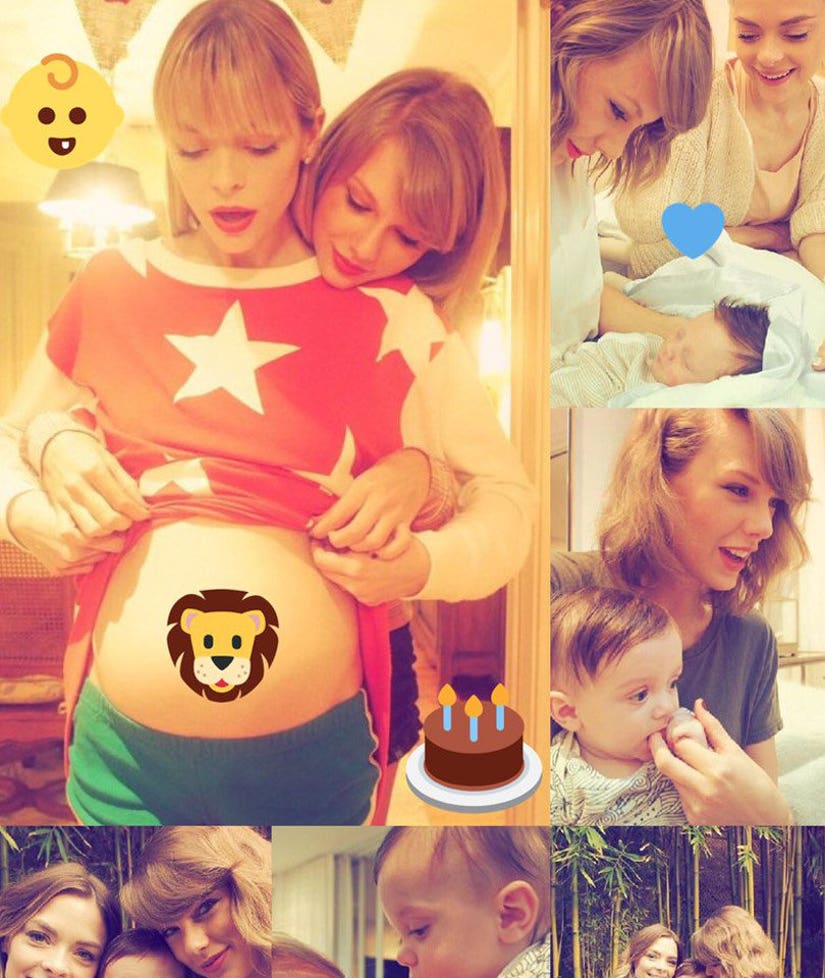 Jaime King took to Twitter on Saturday to celebrate her baby boy, Leo Thames' first birthday with a photo of her with Leo's godmother, Taylor Swift.

The photo collage -- which the actress shared last year on social media -- was posted before Swift's drama with Kanye West and Kim Kardashian unfolded online, as Kim leaked a recorded video of the "Blank Space" singer's phone call with the rapper over his controversial song "Famous" via Snapchat on Sunday.

"Wow! @taylorswift13 LT's 1st bday already?!" King captioned six different snapshots of the group from the past year. "He sends kisses & a bangin' 2 teeth smile to his Godmother in Oz. We [love] u!"

The actress recently opened up to toofab about her son's famous godmother, explaining how the pop star earned the role for being "extraordinary."

"It's so funny, I wonder if people would ask, 'So I heard Sandy Larson is the godmother.' Taylor is no different to me than my sister is to me," she said. "When I step off the stage, and they say cut, I'm just Jaime from Nebraska. I'm a mid-Western woman and it's all the same."

"It's interesting that people think we're extraordinary. What I think is extraordinary is who [Taylor] is as a human being," she added. "I chose her because she's loving and giving and caring – and she exemplifies that which I want my children to be around. We don't have our immediate family here, so to me, the closest thing to family is Taylor and [Jessica Alba.] Some of my friends are very much like my sisters. It's important to have that dynamic for me because that's the way I was raised. I'm very blessed."

So far, King has been mum on her bestie's feud with Kim, while other squad members like Selena Gomez, Ruby Rose, Martha Hunt have all spoken out.

Taylor hasn't taken the matter lightly, either. Swift took to Instagram to share her side of the story Sunday night where she called the video a "character assignation."

"Where is the video of Kanye telling me he was going to call me 'that bitch' in his song? It doesn't exist because it never happened," she wrote. "Of course I wanted to like the song. I wanted to believe Kanye when he told me that I would love the song. Being falsely painted as a liar when I was never given the full story or played any part of the song is character assassination. I would very much like to be excluded from this narrative, one that I have never asked to be a part of, since 2009."

What do you think about King's sweet photo and message? Sound off below and check out the gallery above to see more candid photos of Taylor!