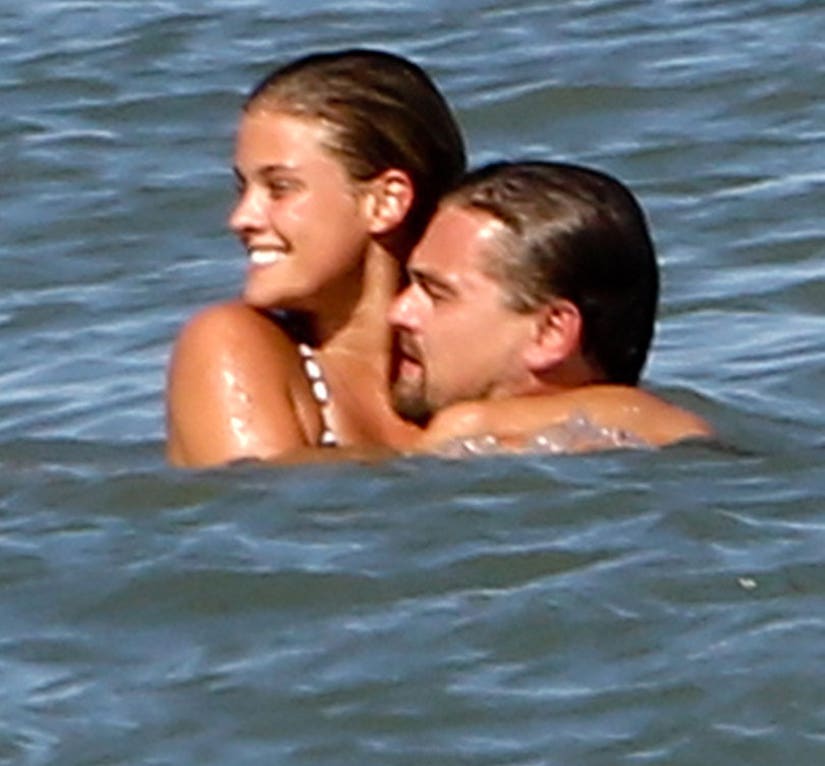 The couple was snapped getting cozy in the ocean in Malibu, Calif. over the weekend. In the pics, the Victoria's Secret model had her arms around the actor's neck, as she sported a striped bikini and a big grin.

The 24-year-old beauty and her 41-year-old beau first sparked romance rumors in 2014 when they were spotted leaving a New York nightclub together. This past May, they were seen vacationing in Montauk, New York, before jetting off to a private island in the Bahamas.

While the pair has stayed mum about their relationship status, these photos seem to speak for themselves!

DiCaprio has had a long history as a modelizer. He was most recently linked to fellow Victoria's Secret stunner Chelsey Weimar. He also famously dated Bar Refaeli and Gisele Bündchen.

The "Wolf of Wall Street" star recently said that he doesn't feel any pressure to settle down and get married.

“That time will come when that time comes,” he explained to Parade Magazine earlier this year. “The truth is, you can't predict marriage. You can't plan it. It's just going to happen when it happens.”

Leo has a similar stance on the idea of starting a family one day. "Do you mean do I want to bring children into a world like this?" he asked in Rolling Stone. "If it happens, it happens. I'd prefer not to get into specifics about it, just because then it becomes something that is misquoted. But, yeah."

Do you think Leo and Nina make a good match? Sound off with your predictions in the comment section.