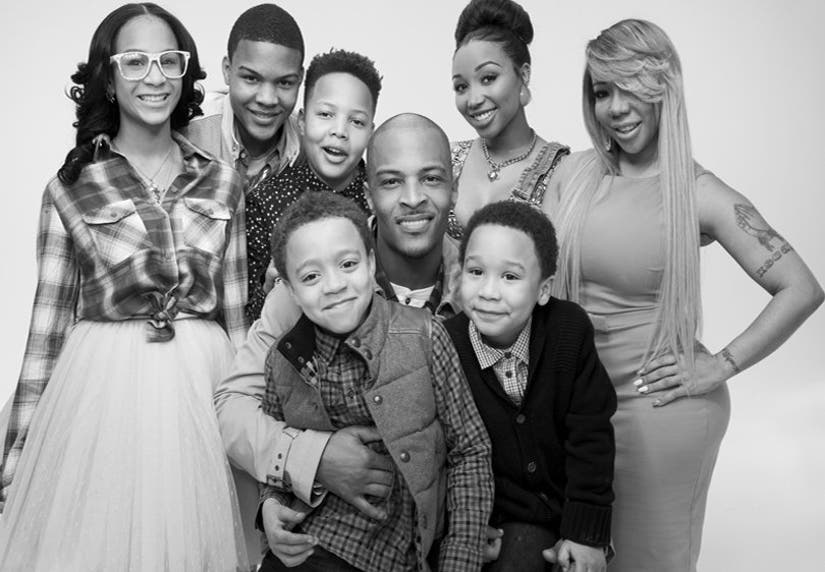 TI and Tiny have their hands full!

There are some big changes underway inside the Harris household as "Family Hustle" returns for its 5th season tonight on VH1 -- and we caught up with Tameka "Tiny" Harris and oldest daughter Zonnique about all the craziness in store for the show's biggest fans.

The rapper and his wife welcomed daughter Heiress back in March ... and this season of the show will document the beginning of her latest pregnancy.

"I'm excited about the fans seeing my mom actually, the whole process of her about to have a baby," Zonnique tells toofab.

"It was just the early part of it, it was cool," Tiny says of her pregnancy. "No one could tell yet. It was cool keeping it a secret, letting it out and seeing everyone's reaction. Finding out, I was really excited about the sex. it's a big deal in our household with the genders. At the time, we had 4 boys to the 2 girls. We lost a girl back on 07, so it's a big deal for me. You're gonna see all of that on display." 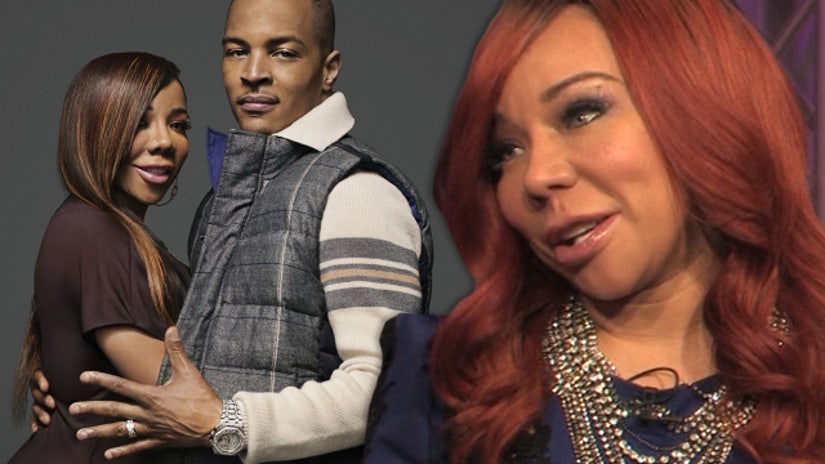 "She's definitely waking the house up and she's our personal alarm," Tiny says of the adorable new addition. "If you're not holding her right, she's gonna let you know. It's a challenge, but it's worth it."

While most of the kids have no problem have their lives filmed, the couple's youngest son, Major, has had his fair share of rebellious moments.

"He could care less about any of it. He could do without all of it, he just don't care," explains his mama. "One time, they put the mic on Major and he had basically put the mic in the toilet. They was like, 'Oh my god, these mics cost so much money!'"

Despite his reluctancy with the limelight, TI and Tiny's other children are happy to soak it up.

"We have several that want to be in the music industry or the family industry," Tiny reveals. "[Zonnique] is into both and so is Domani. Deyjah, she has many talents ... She says she wants to act, she can really sing. Major, he's just into his games and the TV. That's it. He has the charisma, everyone wants him to do more, but he could care less. And King, he's all over the place. Everything he does, I haven't seen anything that he hasn't done good!"

We'll see Domani put his TV hosting skills to the test in tonight's premiere -- see how he does when "Family Hustle" returns on VH1 at 9/8C.