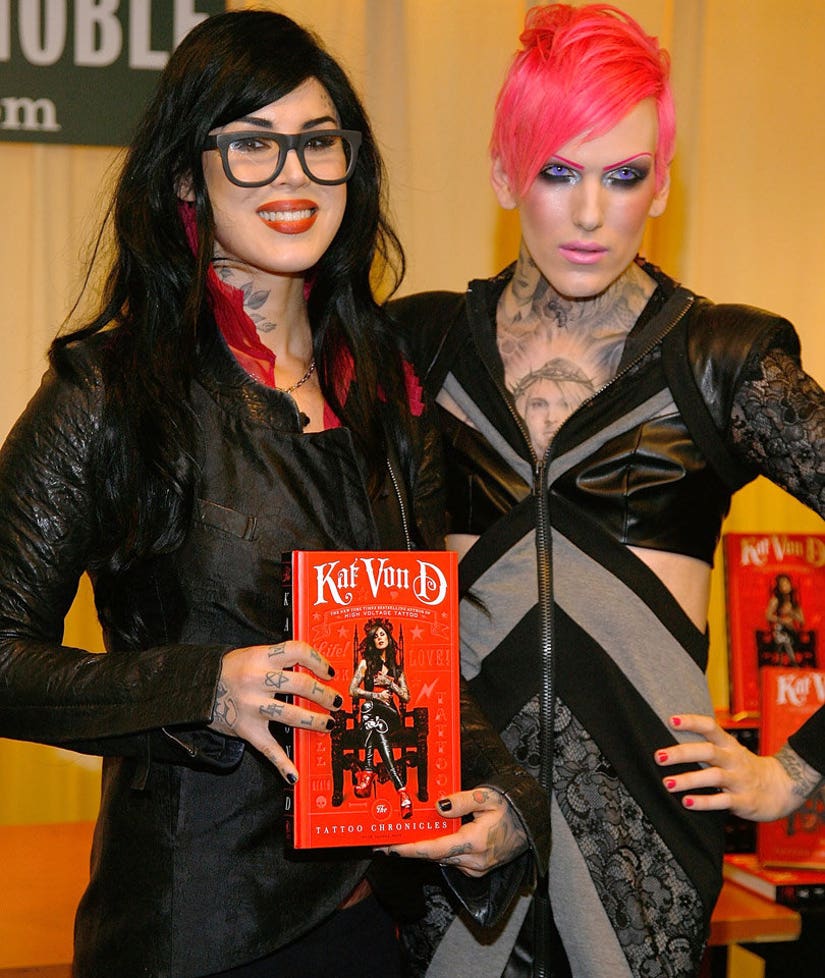 "L.A. Ink" star Kat Von D believes she helped create a "monster" -- and now, she wants to get as far away from him as possible!

The tattoo artist started another Kim Kardashian/Taylor Swift-esque war on Instagram late last night, when she announced she wished to "disassociate" herself from her former BFF Jeffree Star. She added she'd later post a video explaining why she was so disgusted with the MySpace personality and makeup guru ... and now, we have that very telling clip.

The video, which clocks in at a lengthy 14 minutes, details Kat's falling out with Star, who she says refused to pay a mutual friend for helping Jeffree design a logo for his makeup brand.

"The way that Jeffree chooses to live his life and treat other people is not something I personally agree with. I don't want my followers to think that's a good example of how we should treat each other," Von D explains in the video. She goes on to say that she helped Star come up with the idea to start a makeup line, adding, "If it wasn't for me, you wouldn't be where you are now."

The battle between them reached a breaking point after Kat asked Jeffree to pony up the money she says he owed her friend for his work on the logo.

"He basically told me to 'f--- off' or 'go f--- myself' and he blocked my number, blocked my Instagram, blocked me on Twitter," she explains. "You can't sit there and post all these videos of you with a Rolls Royce, but then you can't pay a guy … you have the option to do the right thing, why not do that?"

Here's where it gets really good.

"The Jeffree that he is now is this monster, this big, attention-seeking thing, money driven monster I want no part of," she continues. "Jeffree, I'm not scared of you. If someone was picking on you the way you're picking on people, I would stand up for you too. I kindly as you Jeffree, all I ask is you do the right thing."

She goes on to apologize for her part in making Star an online personality.

"If I do regret anything," she says, "I regret being a part of helping somebody become so self absorbed, when I could have spoke up a lot sooner."

Kat ends the takedown by sending "a lot of love" to Star, explaining that she'll be there "if ever he wants to make amends with me."

"There's tons of more important things out there we should be worrying about," she adds in closing.

Star tweeted about Kat distancing herself from him earlier today, before the video came out. "She accused me of something that wasn't true, so I told her to f--- off and then blocked her number," he explained. "Not that juicy of a story, sorry."

After the video dropped, he added, "There are 2 sides to every story. The truth will come out later today."