From brothers to best friends!

Khloe Kardashian took to Instagram on Tuesday to share an adorable video of her "boys," Mason and Reign Disisck goofing off together.

The super cute 6-year-old even gives us a pretty great English accent as he giggles, "Charlie bit my finger, it hurts" ... with Aunty Khlo mimicking his voice in the background.

"I miss my boys," the "Keeping Up with the Kardashians" star captioned the clip. "How cute are they?!?" 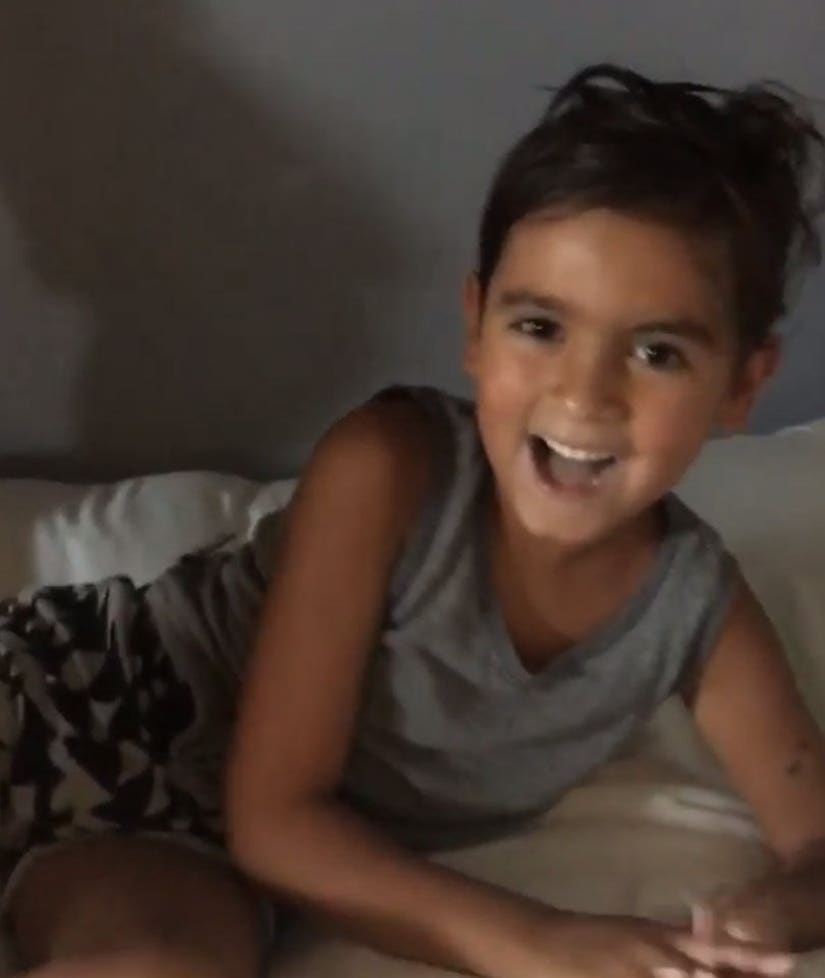 The sweet video snippet comes on the heels of the Kardashian clan's headline-making beef with Taylor Swift ... after Kim Kardashian shared a Snapchat of Kanye West's secretly recorded phone call with Swift on Sunday.

"Kim is a savage! Don't f--k with her man hunni! #KUWTK," the reality TV star tweeted, before attacking Chloe Grace Moretz, who came to Swift's defense on social media.

"I'm the last person to bully but have an animal instinct to protect and defend my family," the 32-year-old posted after receiving some flak. "Refrain from commenting on my family and OUR business (and I will do the same).

What do you think about Khloe's cute video? Sound off below and check out the gallery above to see more Kardashian TwitPics!