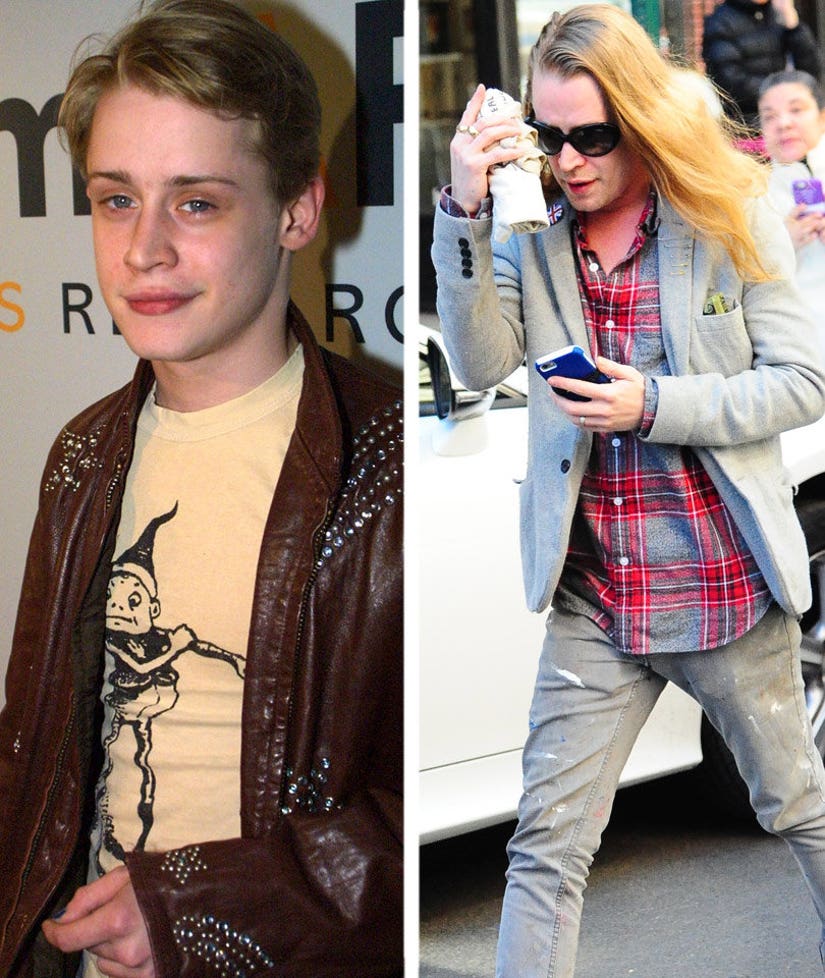 Macaulay Culkin has had one odd life ... and now, the reclusive star is opening up about some of the drawbacks of the fame that comes with being a child star.

The actor just gave a rare interview with The Guardian, where he opened up about some of the tabloid tales that have plagued him through the years, how he deals with the paparazzi and if he has any regrets about his early career.

"I don't just turn my back, I actively don't want it," the now-35-year-old, who currently lives in France, says of the limelight. "The paps go after me because I don't whore myself out."

When asked why he thinks people are still so "fascinated" by him, 25 years after his big "Home Alone" break, he's just as mystified.

"I have no idea. I was thinking about this the other day – I'd crossed the wrong street, picked up a tail, suddenly there's a crush of 20 paparazzi," explains Culkin. "Then people with cameraphones get involved. I don't think I'm worthy of that."

Part of the fascination definitely has to do the bizarre turn his life has taken over the years, transitioning from child star to musician in a Velvet Underground cover band that only sings about pizza.

Then there's those rumors of a drub habit, which sprung up after some concerning photos of him made the rounds following his split from Mila Kunis in 2011.

When asked if fans should have been concerned about him at the time, he replied, "Not necessarily."

"Of course, when silly stuff is going on – but no, I was not pounding six grand of heroin every month or whatever," he added. "The thing that bugged me was tabloids wrapping it all in this weird guise of concern. No, you're trying to shift papers."

When pressed on whether he'll ever tell the real story someday, he added, "Perhaps."

As for regrets, he doesn't really have any looking back.

"It's allowed me to become the person I am, and I like me, so I wouldn't change a thing," Culkin said of his past. "Not having to do anything for my dinner, financially, lets me treat every gig like it's the last. If it is, I'd think: 'Culkin, you had a good run.'"

Check out the full interview over at The Guardian.