Leslie Jones and Kristen Wiig ain't afraid of no ghosts ... in bed.

The "Ghostbusters" stars stopped by "Watch What Happens Live" on Tuesday, where they revealed which "deceased" celebrities they'd like to sleep with.

During the show, a caller asked the ladies which dead celeb they'd like to get intimate with ... and Wiig had one very surprising answer.

"What deceased celebrity would you resurrect for a role in the hey?" the caller asked the actresses. "What dead person would you like to bang?" host Andy Cohen clarified.

"Such a morbid question," Wiig responded with a laugh. 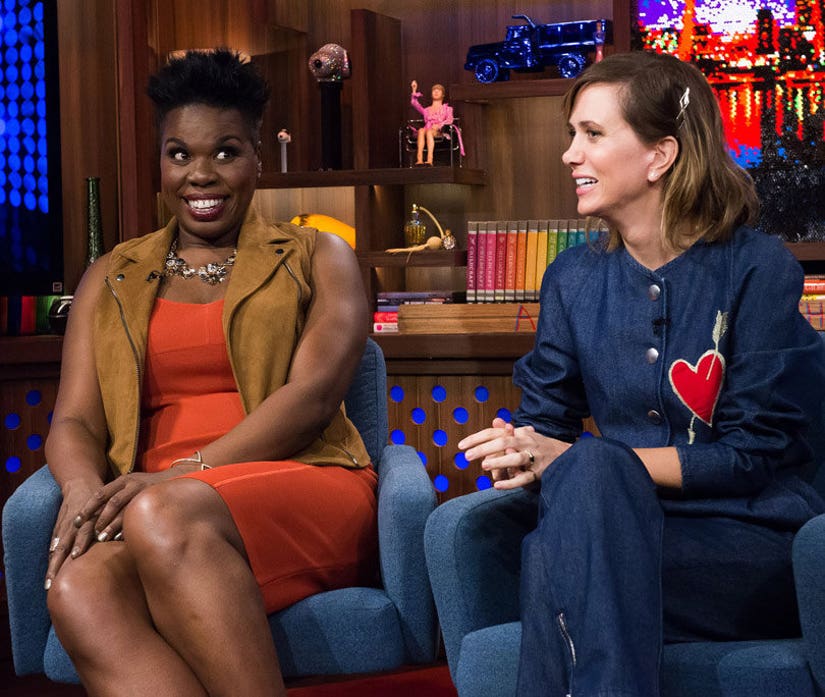 "I think I have one," Jones said to herself. "OK! A young Elvis Presley."

"Oh, that's a good one," the "Bridesmaids" star responded. "Um ... I want to say so many inappropriate things," Wiig continued. "I feel like I want to say Jesus," she whispered.

Kristen's choice definitely left both Leslie and Andy speechless! "I don't know how to answer that," she exclaimed. "Oh my god! Jesus probably thought you were hot too."

Gotta love these ladies for the hilarious choices! What do you think about the "Saturday Night Live" stars candid comments? Sound off below and check out the gallery above to see more leading ladies then and now!