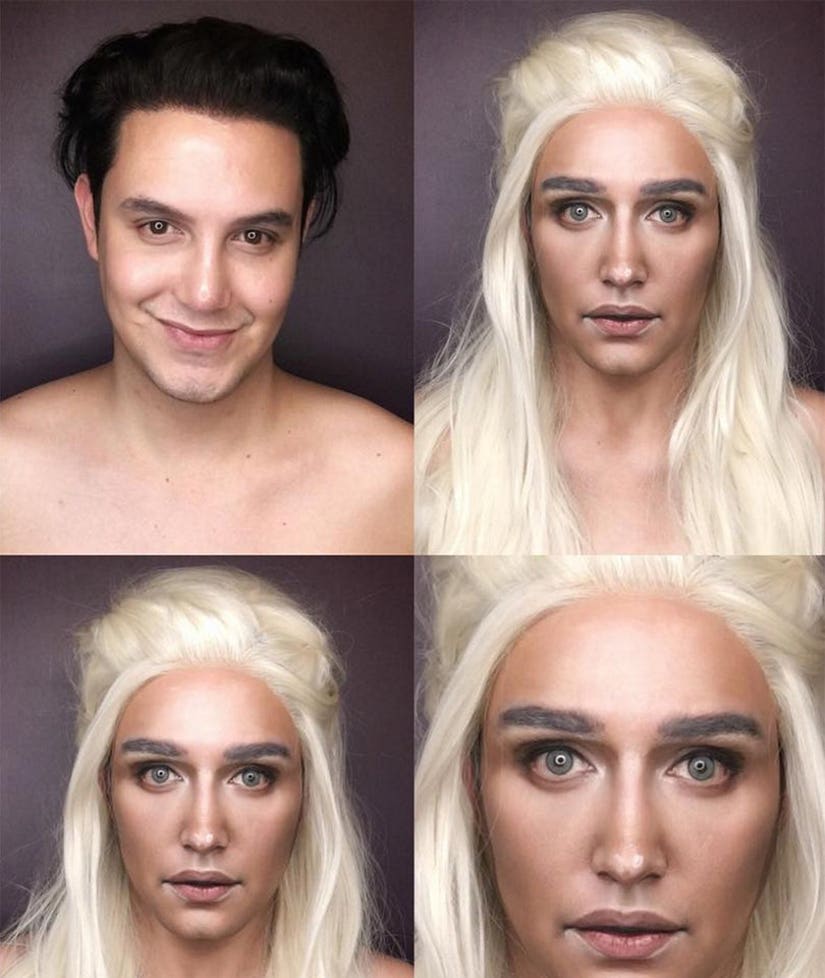 Mother of Dragons, is that you?

Philippines actor and television host Paolo Ballesteros first made headlines for transforming himself into the every member of the Kardashian clan -- Caitlyn Jenner included -- and now, he's back with some even fiercer women.

Ballesteros is back in the news for his absolutely spot-on "Game of Thrones" impersonations, which show him changing from a handsome man into Daenerys, Cersei, Brienne of Tarth and even the Red Woman herself, Melisandre.

Paolo says he's able to create the illusions with the help of some incredible makeup, wigs and the right facial expressions.

"I start out by Googling pictures of the characters in different lighting to see the facial structures and contours," Ballesteros tells Mashable. "Then I scan my pile of wigs and if I don't have the same hair color I'll buy one on Amazon."

Like the Kardashians themselves, Paolo's makeup includes a ton of contouring for his nose, cheekbones and mouth area.

"Most of the lips are the same shape," he explains. "But if they're not, I'll put black liner on the lower part of my upper lip to make it thinner and give that half-open mouth expression."

In a separate interview with Buzzfeed, Ballesteros also revealed which transformation he liked best from the latest crop.

"Cersei was my favourite … Her face is full of attitude," he explained. "I found myself doing the duckface the entire time."

See that and more impressive Before & After photos in the gallery above!