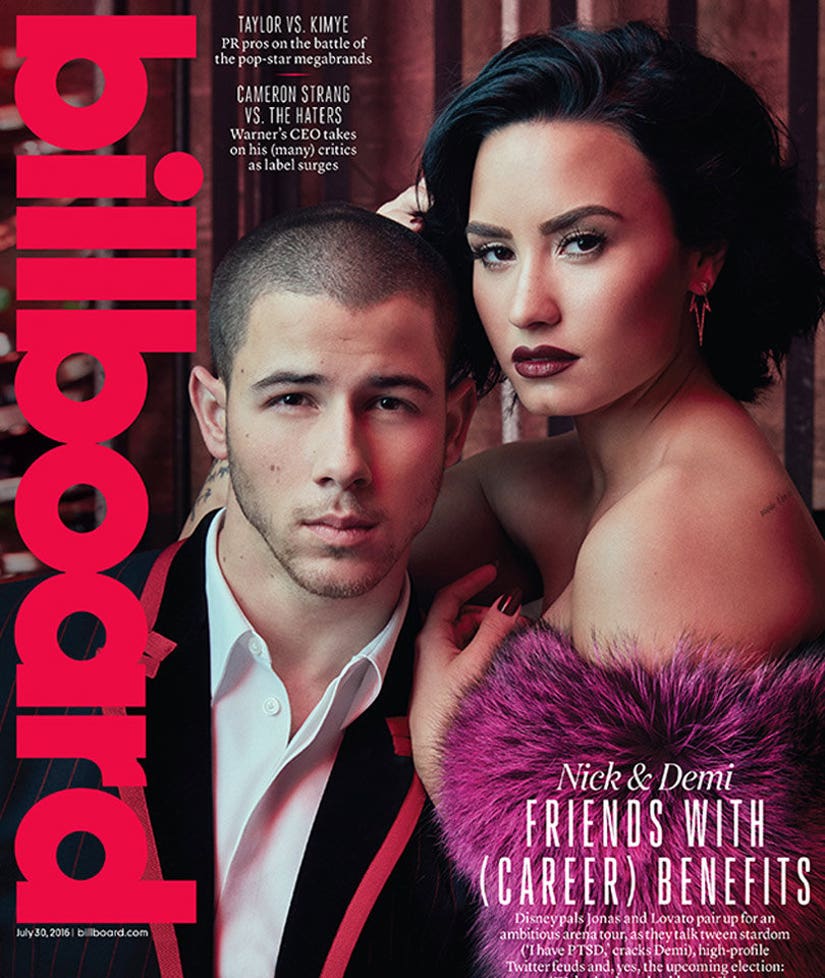 Demi Lovato is reflecting on her time as a child star.

The "Cool For The Summer" singer covers the new issue of Billboard magazine, with fellow former Disney kid, Nick Jonas.

Inside the issue, the 23-year-old reveals how her time on the network still has an effect on her life today.

"We joked around that it was Disney High, except we all were shooting shows and really overworking," she tells the mag. "I joke that I sometimes have PTSD after leaving the channel, because if my schedule starts to get too busy, I rebel and I get bitchy."

While she admits working on the channel was pretty stressful, it was Demi who pushed herself to take on more and more commitments.

"I always wanted to be the next Shirley Temple, to be the youngest person to ever win a Grammy and an Oscar," she reveals. "It didn't turn out that way. I don't regret it, but I probably won't allow my kids to get into the industry unless it's on their terms."

Demi and Jonas -- who have been friends since they were on the channel together -- have had a rocky history of their own. The duo first hit the road together back in 2010, but Lovato left the tour midway-through after she punched a dancer.

"I distanced myself as I was getting involved with self-destructive things," she says of her brief fallout with Nick, after dropping out of the tour. "After treatment, I had to have some time sober before I wasn't embarrassed to talk to him. Nick says I sent text messages, but I don't remember s--t."

"The first time we saw each other since that tour was my [2012 Los Angeles] concert at The Greek. We caught up right before the show, then performed. It was an emotional reunion—I got one of my best friends back," she adds.

It definitely sounds like these two have been through a lot together -- what do you think about Demi's candid comments? Sound off below and check out the gallery above to see more child stars then and now!