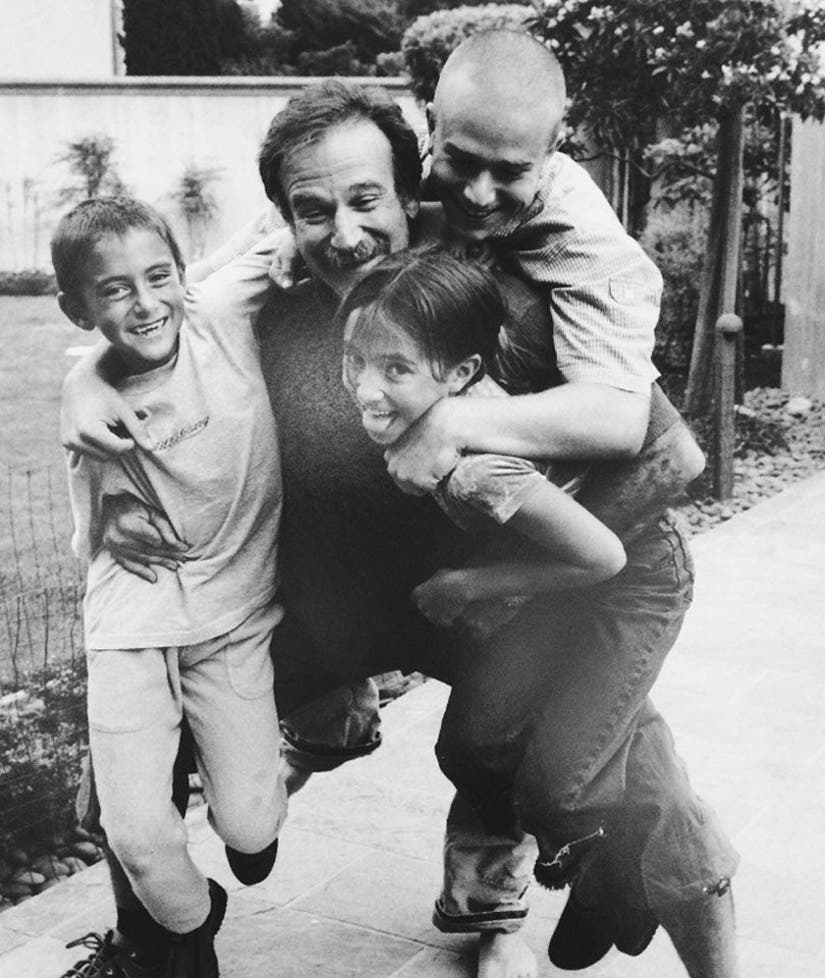 Zelda Williams is still coping with the loss of her father Robin Williams.

Zelda took to Instagram on Thursday to commemorate her father's would-be 65th birthday, by sharing a sweet throwback photo of her and her siblings with the actor and a heartfelt message about his passing.

"Still not really sure what to do on days like today… I know I can't give you a present anymore, but I guess that means I'll just have to keep giving them in your name instead," she wrote with a black-and-white photo of her alongside brothers Zachary and Cody Williams with their dad.

"This year, I tried to help three causes you cared about in one; rescue dogs, people suffering from disabilities, and our nation's wounded veterans, so I donated to freedomservicedogs.org," she continued. "They rescue pups from shelters and train them so that they can be paired with someone in dire need of their help and companionship."

"Thought you'd get a kick out of furry, four legged friends helping change the world, one warrior in need at a time," she added. "Happy birthday Poppo. Shasha, Zakky, Codeman and I all love you and miss you like crazy. Xo."

The "Mrs. Doubtfire" star tragically passed away in 2014, after he was found unconscious in his California home from suspected suicide.

Williams is survived by his wife Susan Schneider and three children from two previous marriages, Zachary, Zelda and Cody.

What do you think about the 26-year-old's heartfelt post? Sound off below and check out the gallery above to see more photos of Robin through the years.